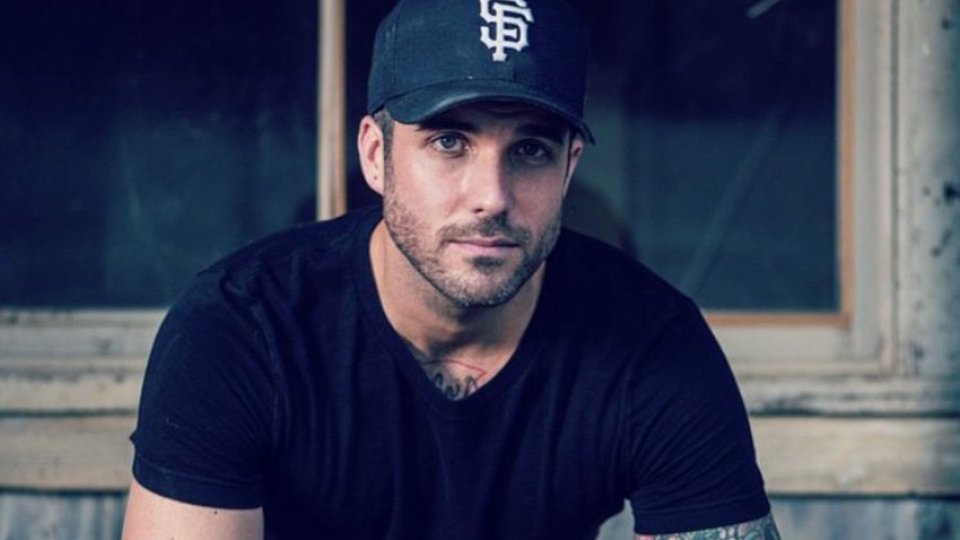 California-born Tyler Rich is on the cusp of turning the huge buzz around him into a very successful career in Country music.

Having just come off the Dustin Lynch Hell of a Night tour with fellow opening act Chris Lane, Tyler is one of the new breed of Country artists that is forging his own path and harnessing the power of social media to get his name heard. His efforts are paying off and his 2015 EP Valerie is a runaway success.

I caught up with Tyler to talk about his EP, find out his experiences on the Dustin Lynch tour, and to discuss what his plans are when it comes to landing a record deal.

You released your EP Valerie in 2015. For our readers who haven’t heard it yet, how would you describe your sound?

That’s basically the debut release I’ve put out. I wanted something stripped down and raw, so I guess that’s a really good way to explain it; it’s just raw and honest. We wrote all those songs when I lived in California. We didn’t want anything to be too big production wise so we recorded basically an acoustic EP. We added a bunch of subtle production – drums, background guitars – and somebody has described it to me before as being raw and honest. I liked that so I’m going to go with that as well.

One of the things that really struck me about the EP is how each of the four songs is so different. How important was it for you to showcase your variety?

Thank you man! It definitely has a little bit of everything. What’s crazy is the song Brothers I’d never actually played live for others before. Usually if I’m going to play one slow song I play Radio, which is a separate single I’ve released. I did a few shows in L.A. last weekend and I’d never played there since I released some music. We had just three crazy shows headlining out there and two out of three of the shows at the encore people were chanting for Brothers. I had to figure out how to play it right there on the spot.

The opening track California Grown has a really nice sentiment to it. What’s the story behind it?

I was born and raised in the Northern California area near the Sacramento and San Francisco area. When I was living in L.A. I was driving to and from there a lot. The last time I made the drive from Sacramento to L.A., which is about 8 hours, I was listening to the radio and realised all of the Country stations that come through in middle California. It just hit me that California is a hell of a lot more Country that anyone really gives it credit for. I wanted to write a song about California and what we did growing up. It is really Country out there and not a lot of people think that. I’ve been told many times that people think that while I’m out on the road.

I’ve been to L.A. a few times and I always hear Country music all around…

Yeah exactly! Anyone who hasn’t been to California just think…well the lyrics are in the song about palm trees and celebrities. I mean I can’t even tell you how many people, when I told them I grew up in California, literally think that my house is on the beach, soaked in palm trees and Tom Cruise was my neighbour (laughs). It’s actually the fastest song I’ve written in a few years. It came out just naturally and fell on the paper, and it turned out to be a good one!

I spoke to Chris Lane recently who you’ve just been on the road with as part of the Dustin Lynch tour. What was that experience like for you?

It was unreal. Every day was an individual dream come true. Dustin Lynch’s fans are crazy! Other than a couple every show, close to 40 of them, was sold out. He had between 1,000 people to 4,000 people and it was just me and my guitar. We walked on stage every night played for 30 minutes and the crowd reaction I was getting was just unreal. A lot people were able to come out and notice that as well in terms of industry and friends and family. They were all like ‘man it’s so crazy to see the entire crowd just eating you up!’ I just see this as being really lucky. Not a lot of people get that response from walking on stage with a guitar. A lot of people think it’s horrifying but I think it’s an awesome challenge and I soaked it up every night. It was just crazy getting to see the entire country again and those crowds were massive. It was a wonderful way to introduce myself to the Country music scene.

It feels like there’s a real buzz growing for you right now both prior to that tour and definitely following it. Can you feel your fan base growing?

Yeah absolutely! I’ve been lucky enough to have a really solid steady incline as far as the buzz and my social media has been growing like crazy. Doing that tour from November to March just ended up being the perfect chance to keep the buzz alive, even hotter than it was before. My name has been floating around and I keep hearing more and more of that so it’s been awesome.

That’s crazy and awesome. I guess I’m going to have to come out to the UK (laughs)

Do you have plans to bring your music outside of the US?

I would love to. Music aside, I travel as much as I possibly can. I’ve been to about 14 different countries in Europe and UK is the next on my list whether I get to play or not. Hopefully I’ll get to come out there and play some music. That would be ideal!

Hopefully you can make the trip and be part of the Country wave that’s happening over here?

Absolutely! I get a lot of people on social media from the UK asking when I’m coming over so I can only hope it’s sooner than later.

What are your plans when it comes to what’s next for your music? Is there an album in the pipeline?

I’ve been writing like crazy, about 2 to 3 songs a week and just compiling this stock of tons and tons of new music. I’ve been going into the studio with a producer to cut a few of them and taking them to the labels. The plan is to get a deal and release, hopefully, a full-length album. I’d prefer to go straight to a full-length album but I know a lot of people release EPs when they get signed. If and when all that happens I want to definitely release a full-length album. My plan is to do that and just tour forever (laughs), do the Dustin Lynch tour over and over again with different people!

What kind of challenges have you found as an independent artist when it comes to getting your name out there?

Not necessarily to get your name out there, especially with social media and the world we live in now. It’s easier and better than ever. It’s hard to get specific people to take you seriously; I think that’s the hardest thing about being independent just in terms of bookings. The Dustin Lynch tour has helped me a lot and other things I’ve done have helped me out a lot.

I’ve noticed you’re very active on social media, especially Instagram and Snapchat. What is about social media and connecting with your fans in that way that you love?

It’s everything. When I think about when I was in high school in bands – that was the days you used to have to tape demos and I’d burn CDs all day. I’d go to concerts, stand in line and hand my band’s CD out to people meeting fans that way when they didn’t even want to meet me. How do you keep in touch with them from there? You have an email list and that’s about it. Social media is literally everything. I’ve seen some people that are trying to pursue music and they’re not really utilising the tools we have today to make it happen. That kind of blows my mind because we’re so lucky to be living in a generation where all of our fans are right there at our fingertips. You can talk to them or just don’t. I love being able to. It’s great.

What kind of feedback do you get? Do you notice your social media growing after you’ve played live shows?

Absolutely, especially every night after this tour. I feel bad about it but I can’t even respond to all of my Instagram messages. It’s gotten crazy. Collectively there was over 100,000 tickets sold for the Hell of a Night tour and I’ve had a lot of messages in my inbox. I’m really good at responding on Twitter for the most part. Everybody is saying things like ‘man you were really amazing, I can’t wait to see you next time you come through’ and ‘we see big things’. Whiskey Riff, which is a big US Country site just released a list of the 14 artists they see on their way to superstardom and I was on that list. I got to play for those guys and meet them in Chicago a few months back. That’s a perfect example of the feedback I’ve been getting on that tour. It’s been amazing.

Lots of live stuff. I’m doing some festivals over the summer here in the States but we haven’t announced those yet. There’s a potential fall tour that we’re working on. The main focus right now is the music and writing some amazing new songs with some of the best writers here in Nashville. I’m really excited to get all that out and get it solidified so I can get out there and start playing and promoting this new music. I know it’s early in the year so I’m hoping that part goes by quick and smoothly. There’s potentially a lot of cool stuff coming up at the end of the summer and fall.

Tyler Rich’s EP Valerie is available on iTunes and other digital download platforms now. Listen to California Grown from the EP below: