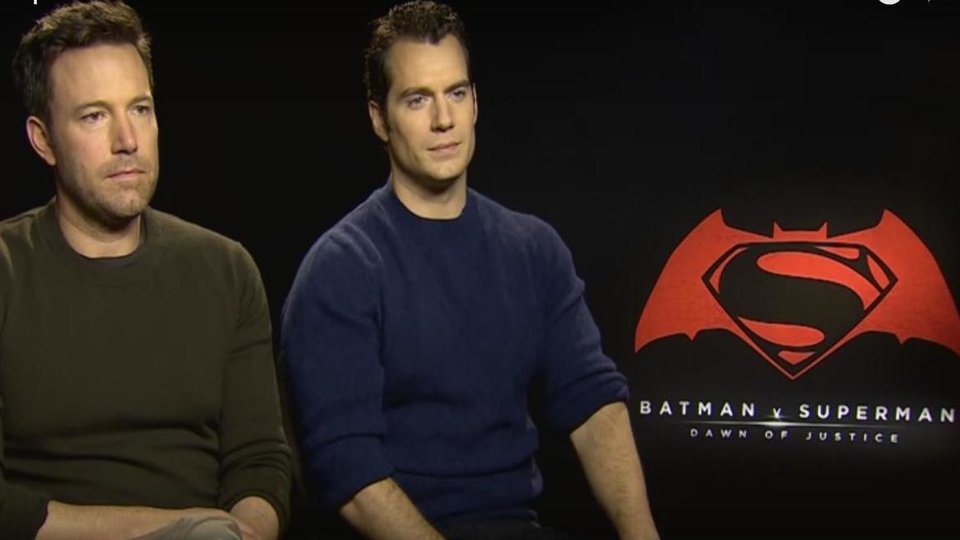 Batman v Superman: Dawn of Justice is out now and the reviews haven’t been great.

Yahoo Movies UK recently sat down with the cast and filmmakers of the blockbuster movie to discuss the poor critical reviews.

While Superman himself Henry Cavill discusses the response, Ben Affleck’s face really does say it all as he sits quietly with his thoughts.

The image has trended worldwide across social media with ‘Sad Affleck’ now becoming a thing that will no doubt fuel many an internet meme and video.

If anything, Affleck’s Batman was the film’s true highlight (despite a massive error – the fault of which lies squarely with the writers). Affleck certainly shouldn’t shoulder the poor reviews himself and optimism for his solo Batman film continues to grow. Giving him creative script control and direction for the upcoming film will surely do the DC cinematic universe the world of good.

“The interesting thing is that we get the critics who have their personal opinions. And the thing about personal opinions is that they always come from a place. And there’s a preconceived idea which you have to get past a critic before you start writing your article or your review, and that affects everything.What is really going to matter, I believe, is what the audience says because they’re the ones who are buying tickets.”

“None of us are making the movies for the critics…If you’re interested in a film you should see it and form your own opinion rather than just going on the word of somebody [else].”

Check out the Sad Affleck video below: