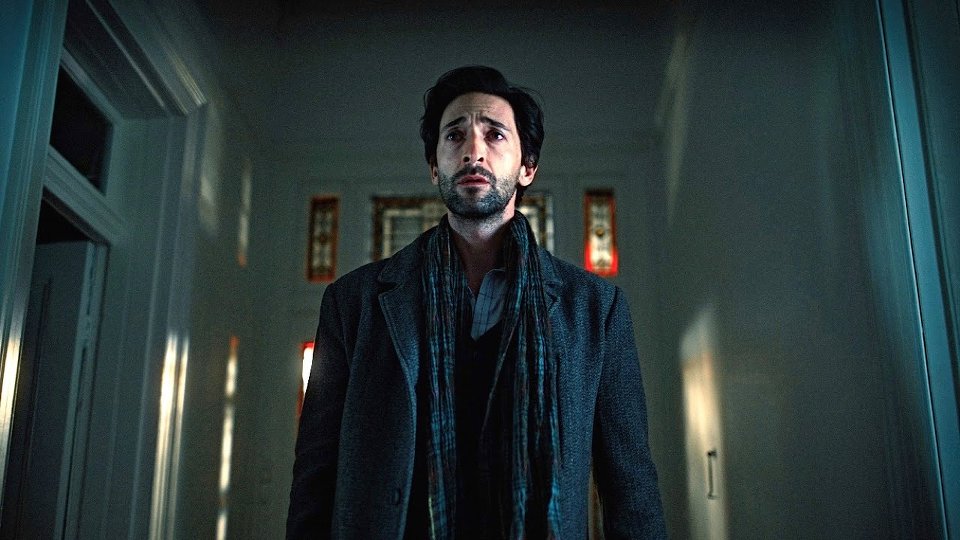 There’s a lot of promise in Michael Petroni’s Australian supernatural thriller Backtrack, but it ultimately fails to deliver.

Adrien Brody plays psychiatrist Peter Bower, still consumed with grief following the death of his daughter in a car accident a year earlier. This horrific event appears to have opened a door to the other side, and Peter soon comes to realise that all his patients are ghosts.

He goes on to discover that his spectral patients all died on the same day – a date significant in his past, but buried away in the repressed memories of his subconscious. As the hauntings become increasingly threatening, he returns to his hometown determined to solve the mystery.

Despite the somewhat hokey Sixth Sense in reverse premise, the opening scenes are staged very well, stylishly filmed and well put together. However, in its attempts to engineer scares from the material, Backtrack adopts every genre specific trope from every haunted house film that we’ve seen in the last decade.

You can tick them off. The quiet quiet quiet LOUD jump scare. The pale-faced creepy children. The spectre appearing off frame in the place you just looked. However, as it’s Peter who is haunted, rather than a house, all of these events are being played outside or in cars. Without the familiar setting of a home to ground these moments, there is no suspense, and unfortunately a complete lack of frights.

Coming in the wake of The Babadook, it is easy to see why comparisons have been drawn between the two. Both films deal with guilt and memory, they are Australian productions, and have a similar funereal palette. For the avoidance of any doubt, there is no real comparison to be made at all. The Babadook is a work of art. Backtrack is just another conveyor belt horror.

Adrien Brody is excellent however, as you would expect, but his convincing accent and formidable talents are wasted here. Somebody give this man a decent script.

In this article:Adrien Brody, Backtrack