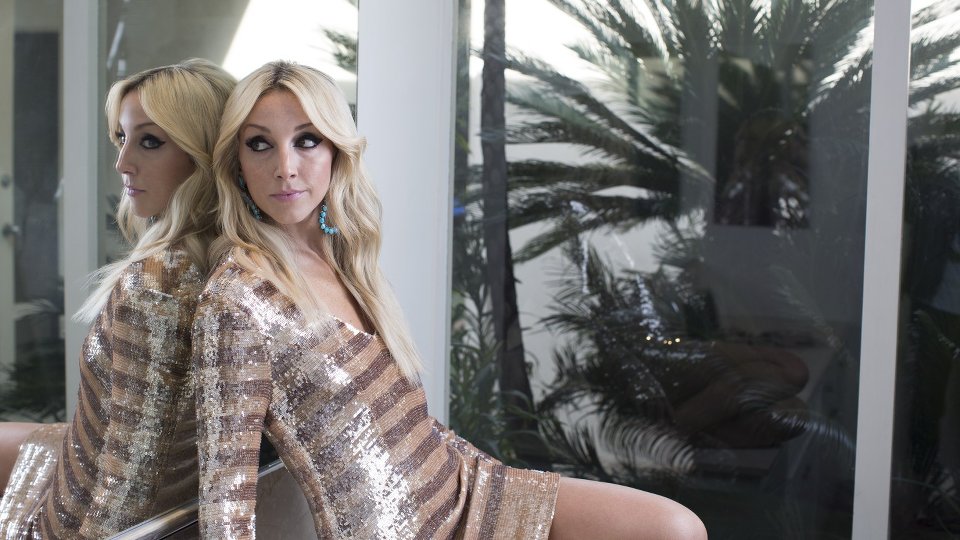 Before her performance on the Yamaha Music Stage at C2C: Country to Country later today, Ashley Monroe spoke to members of the press.

When asked if she might be reuniting with the Pistol Annies, Ashley teased, ‘We never really separated but we did have a slumber party the other day. We don’t have plans but I feel it’s probably coming back around.’ The group’s last album Annie Up was released in 2013.

She went on to talk about Country music in the UK and admitted that she’s been ‘giddy about getting over here for a long time.’ Last night Ashley took part in the CMA Songwriters session and she commented on the nature of UK audiences saying ‘It’s so respectful, I just want to play here all the time.’

When asked about her latest album The Blade, Ashley revealed ‘I named it The Blade because all the songs have an edge to them.’ She also talked about her relationship with Vince Gill, who has been her mentor since the start of her career. ‘He’s put me under his wing always. He’s so proud of me.’

As well as her own music Ashley is well-known for her collaborations and providing background vocals on tracks for other artists. While speaking to the press today she joked ‘I’ve done a lot of collaborations that I thought my name was ‘featuring Ashley Monroe’ (laughs)’.

Ashley will perform on the Yamaha Music Stage at 9pm today prior to Miranda Lambert arriving for her main stage performance.

In this article:Ashley Monroe, C2C