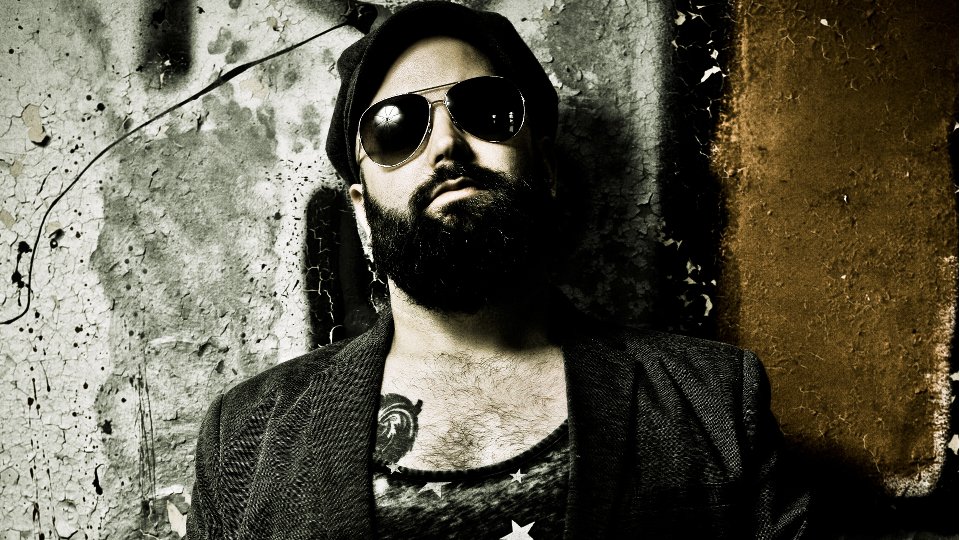 C2C: Country to Country is looking set to have its best year yet when it returns to London’s O2 Arena from Friday 11th March to Sunday 13th March 2016.

One popular part of the festival is the pop-up stages, which showcases lots of upcoming bands and artists for both festival goers and the general public visiting The O2 Arena. One band that will be performing on The Grand Entrance stage at the front of the venue will be The Southern Companion.

Fronted by Darren Hodson, The Southern Companion put a British take on the Country and Americana genres and last year they released their album 1000 Days of Rain.

We caught up with Darren to talk more about the band, discuss their upcoming C2C performance, and find out what he thinks about the rise of Country here in the UK.

Hello. How are you today? Where does this Q&A find you?

Hello, I’m very well thank you, I’m currently in the middle of getting ready for our Under The Apple Tree session with Bob Harris, and I’m going over the songs for the Lulu tour which starts on Wednesday.

You’re going to be performing at C2C in March. How did you get involved with the festival and what can we expect from your performance?

We applied for a pop up stage back in November I think, we’re doing The Grand Entrance Stage at 4pm on Friday 11th.

We’ll be one of the first bands people will see as they enter the Arena site so we’re going all out with a high energy, full on, full band set of our most up tempo, up beat numbers. There’s a time and a place for the quiet, introspective Singer / Songwriter stuff that we do but for C2C we’re gonna rock it out a little.

Country music is finally gaining real traction here in the UK. Why do you think that the genre is enjoying so much success at the moment?

I think in the UK we’ve been starved of any real music from the mainstream media for so long that people are starting to look elsewhere for it, the relentless TV talent show pop and Radio 1 playlist has left people feeling isolated and disconnected with music.

I believe they want something genuine again, the idea that anyone can be a singer by going on the X Factor or anyone can make music with a computer and some autotune has, for a while taken away some of the mystery and magic.

I think people want to see musicians playing their instruments, singing live, Country music and Americana in particular has that authenticity about it, it’s about songs and musicianship and plain old fashioned talent.

People often think that authentic country music can only come from US artists. What challenges have you faced as a UK country band?

Mainly there’s been no scene as such for it, therefore there’s been very few places to play Live to try and grow a fanbase the traditional way.

That seems to be changing which is great.

Your latest album 1000 Days of Rain was released in 2015. For those who may not have heard it yet, tell us about the record and the inspiration behind it.

It’s just an honest little record I made with my band, I had a bunch of songs I’d written in the couple of years since the first Short Stories & Tall Tales record in 2011, there’s some very personal, fairly dark songs on there but they’re balanced out I think with some sweet moments. It’s an album I’m very proud of, I could’ve bottled it and stayed away from some of the heavyweight stuff I was going through but I would’ve only been doing half the job. I find it a little strange to talk about the inspiration behind the album, I think the best way to find out what it’s about is to give it a listen, it’s all in there…

How did you get into country music? Which artists have inspired you in your career?

A lot of stuff I love you wouldn’t say is “Country” as such but has country colours, bands like The Allman Brothers and The Black Crowes.

I’ve always loved Del Amitri, I think their one of the UK’s most under-rated bands.

I just like great songs, I’m not a big fan of putting bands or artists into a box with a label on it, Country music is a great place to find great songwriting but equally there’s a lot of stuff that comes under the ‘Country’ banner that I can’t stand.

What’s the meaning behind the band name? Is there a story behind that?

When it came to naming the band I wanted it to reflect who I am and where I’m ‘at’ so to speak, I’m from the south of England but also a lot of the music I love has that american ‘southern’ kind of vibe.

I’ve always thought of music as a companion, it’s there with you through all different times in your life, good, bad etc and great music travels with you in every sense. When I came up with Southern Companion it just felt right, as soon as wrote it down I then had that kind of “meant to be” feeling, remembering one of my favourite albums growing up was the Southern Harmony and Musical Companion record by The Black Crowes so it was a sub-conscious nod to them as well i guess.

As well as C2C, you’ve got a string of live dates throughout March. What’s your favourite part about being on the road?

There’s a lot about being on the road that is very hard, I miss my wife and daughter terribly when I’m touring but, I love playing live, whether it’s with the band or solo, that connection you strive for with the audience is pretty special when it works.

Which artists are you looking forward to seeing at C2C?

Unfortunately I don’t think I’m going to get to see anyone, It’s right in the middle of the Lulu tour that I’m doing so I’ll be legging it down to London from Barrow-In-Furness to do our slot and will be headed straight back up North that night for the next Lulu show.

I would’ve loved to see Kacey Musgraves again, I went to her show at The Royal Albert Hall, she’s incredible, also I’m gutted to miss Chris Stapleton’s set, I think he’s gonna own that whole thing.

I’m out playing guitar for Lulu and doing my little guest artist spot on her tour till the end of April, we’ve then got some festival’s coming up in the summer.

The Southern Companion will perform on the Grand Entrance Stage at 4pm on Friday 11th March 2016 at C2C: Country to Country. Watch the band’s music video for Crash below:

Advertisement. Scroll to continue reading.
In this article:C2C, The Southern Companion