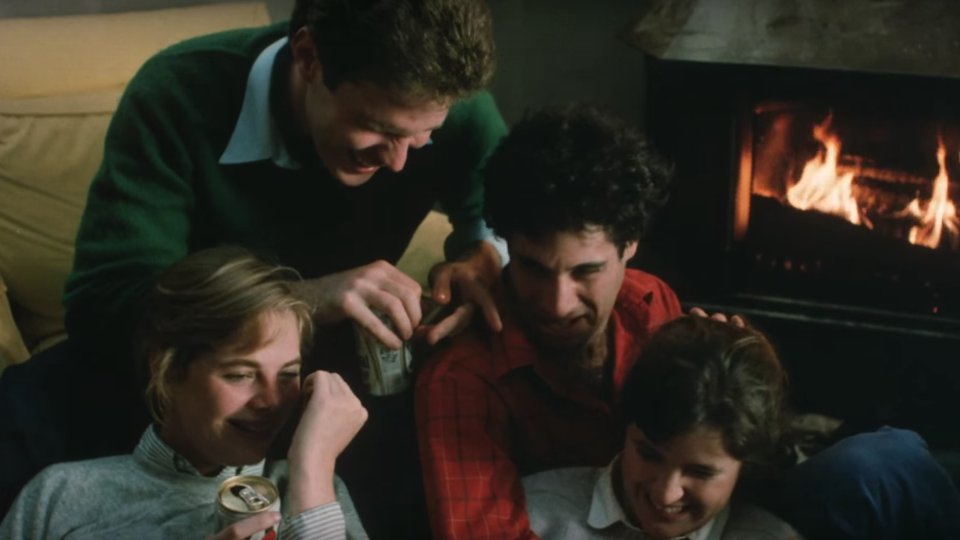 As a surprise for his father’s (Jack Chatham) birthday Ed Jr. (Matt Mitler) decides to clean his dad’s rifles. Temptation proves too much and Ed starts playing with one of them unaware that it is loaded. When he pulls the trigger he accidentally shoots and kills his mother. The event leads to Ed and his father becoming estranged and years later Ed is surprised to receive a phone call from his father asking him to close up his beach condo for the winter. Initially reluctant, Ed refuses but his friends talk him into doing on offering to help him out and seeing the opportunity as a little vacation. What none of them realise though is that Ed’s father is waiting at the condo to get revenge on his son…

Buddy Cooper’s The Mutilator probably sounds familiar territory to any slasher fans. Much of the film adheres to the usual stalk and slash formula with the usual bunch of beautiful and stupid teens heading to a remote location for a weekend of sex and drinking only to have it interrupted by a maniac hell-bent on killing them all. The film starts off fairly strong as the events that lead to Ed Jr and his father becoming estranged play out in a surprisingly effective and tragic way. From that point on though the film becomes a bit of a mess.

The Mutilator has become known for its gory scenes and in that department the film doesn’t disappoint. I can’t recall seeing any other film in the genre use a fishhook to the vagina as a way of offing one of the supporting characters. Despite the impressive gore, the film falls down due to the poor performances of its cast (interestingly many of them didn’t do much else after this movie). The worst offender is Morely Lampley as the token stud Mike. He delivers his lines as if he’s reading them for the first time from a teleprompter and he milks his death scene so much that it actually becomes hilarious rather than frightening.

The premise of The Mutilator is actually fairly solid but it’s a little bit of a stretch to think that Big Ed would wait all of those years to try and murder his son. It’s even more of a stretch to think that he would kill anyone and everyone that crossed his path once he’s made the decision to become a killer. Horror isn’t always known for making much sense but even for this life-long horror fan the plot’s logic doesn’t make a whole lot of coherent sense.

The DVD release is packed with special features. Alongside several featurettes looking back on the movie there are a selection of trailers, screen tests, audio commentaries, a gallery, and alternate opening titles.

Without a doubt The Mutilator has, and will continue to have, a cult following. The film isn’t in the least bit taxing and the horror element has definitely lessened in the 31 years since its release. The rather bizarrely chipper soundtrack does nothing to help the film’s case and unfortunately it falls on the wrong side of hammy far too often. In a peculiar way the film is oddly enjoyable but it’s not one that will be making your list of horror classics.

In this article:The Mutilator