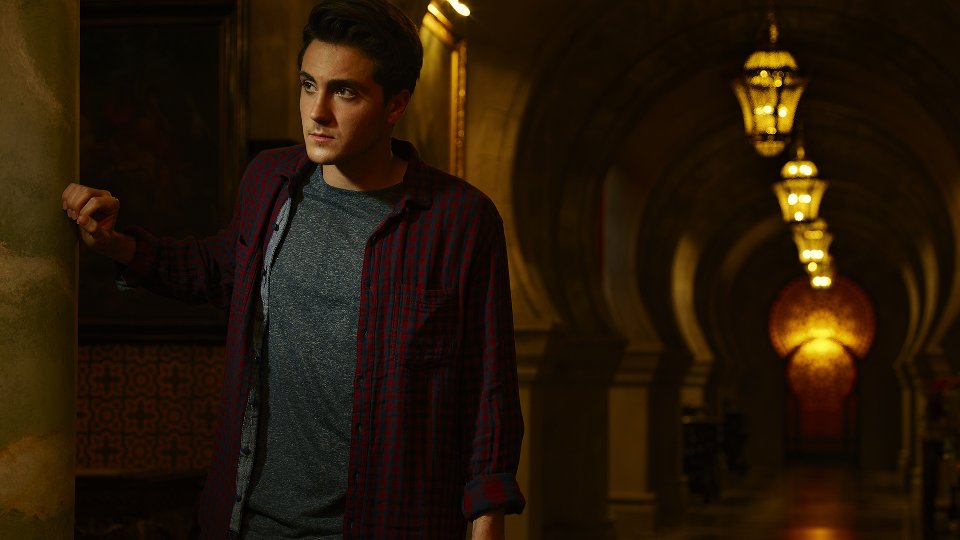 Tyrant recently finished its second season here in the UK and we’re a bit gutted that we’re not getting our weekly Noah Silver fix.

The hot actor plays Sammy Al-Fayeed in the show, the gay son of lead character Barry Al-Fayeed (Adam Rayner) and his wife Molly (Jennifer Finnigan). In the first season of the show Sammy had a secret affair with a young man in Abuddin, and in the second season he embraced his sexuality, came out to his parents and a did a lot of growing up.

Outside of Tyrant, Noah has also starred in hit TV series The Borgias and 2014 critically acclaimed movie Jamie Marks Is Dead. He is definitely a talent to keep an eye on and there’s a lot more to him than his dashing good looks.

#Repost @outmagazine with @repostapp. ・・・ In our Young Hollywood Portfolio, @thenoahsilver discusses what it’s like playing a #gay Middle-Eastern kid on @tyrantfx. “The show touches people coming to terms with their identity in their own country, “ he says. “I’ve heard things like, ‘You are literally portraying what I go through and can’t express.’” Link to the entire portfolio in our bio. (Photo by @emilyshur, Styling by @alibstyle, Jacket & tie by @topman, Shirt by @calvinklein)

Wake-surfing in Dubai :)) so much fun

In this article:Noah Silver, Tyrant