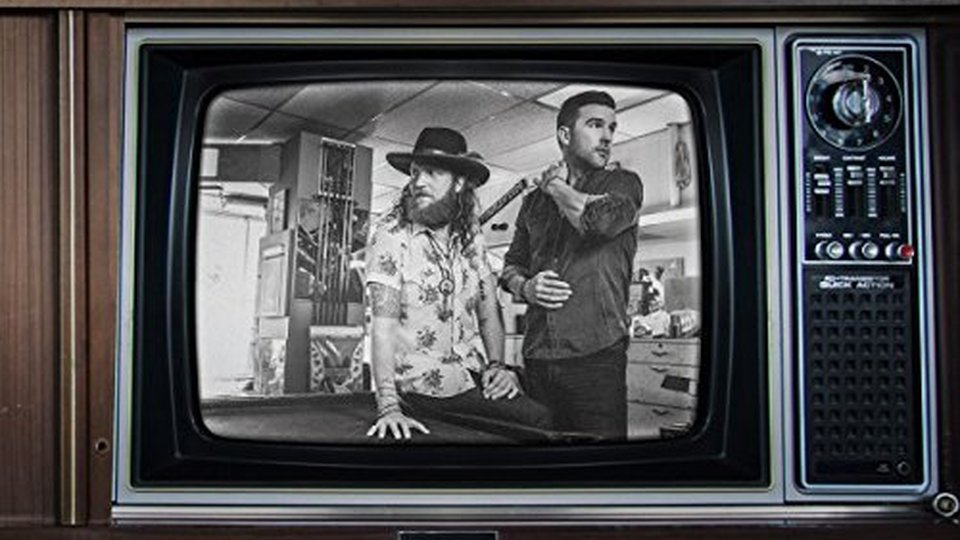 Maryland brothers John and T.J. Osborne performed in a cover band known as Deuce and a Quarter before moving to Nashville in the mid 2000s. They signed a publishing deal with Warner Chappell before signing a deal with EMI. In 2013 they released their debut single Let’s Go There but the song didn’t give them the breakthrough they were hoping for. In 2014 the duo released Rum, which cracked the Top 30 on the US Country Airplay Chart. A year later in 2015 Brothers Osborne released Stay a Little Longer and it was that song that gave them their break. It has peaked in the Top 5 on the US Country Chart and the US Country Airplay Chart. Off the success of that song, the duo is releasing their debut album Pawn Shop.

Undoubtedly by now you’ve heard Stay a Little Longer either on the radio or online. The song is so damn infectious that it’s a no-brainer that it’s the song that has brought the band mainstream attention. It’s gently shimmering guitar riffs combined with T.J’s distinctively husky vocal gives way to a beat-driven hook-laden chorus that lodges inside your brain and refuses to leave. The song also showcases the duo as serious musicians with an impressive three-minute guitar solo courtesy of John.

The record contains the duo’s other single Rum too. Should it be re-released now on the back of Stay a Little Longer’s huge success, I imagine it would hit the top of the charts too. The jerky bluesy beat provides the perfect backing for the brothers’ harmonies as they sing of an alcohol infused situation. The song sounds modern without veering into bro-country territory and retains traditional country sensibilities.

Throughout the record Brothers Osborne forge their own path finding inspiration in country sounds both old and new. Album opener Dirt Rich takes a sparse beat and a banjo riff for its verses before fleshing it out with harmonies and more instrumentation on the catchy chorus. Elsewhere the brothers rock a little harder on title track Pawn Shop where they sing the virtues of cheap living, embrace traditional country roots on the highlight Greener Pastures, and vent their frustration over the behaviour of their women on the punchy Heart Shaped Locket.

The album standout is closing track It Ain’t My Fault. The raucous track features background vocals from British singer-songwriter Lucie Silvas and marries a stomping beat with a ‘devil may care’ vocal. The song shows a more rebellious side to the duo and it’s a side I really like!

There’s a lot to love about Pawn Shop. Brothers Osborne are making the music they want to make and their sound is refreshing in the current country climate. As far as I’m concerned there’s room for everyone, whatever their spin on country is, but there’s something that feels so real and authentic about Brothers Osborne that makes them stand out. Pawn Shop is an assured debut and one that is going to catapult the band to the next level.