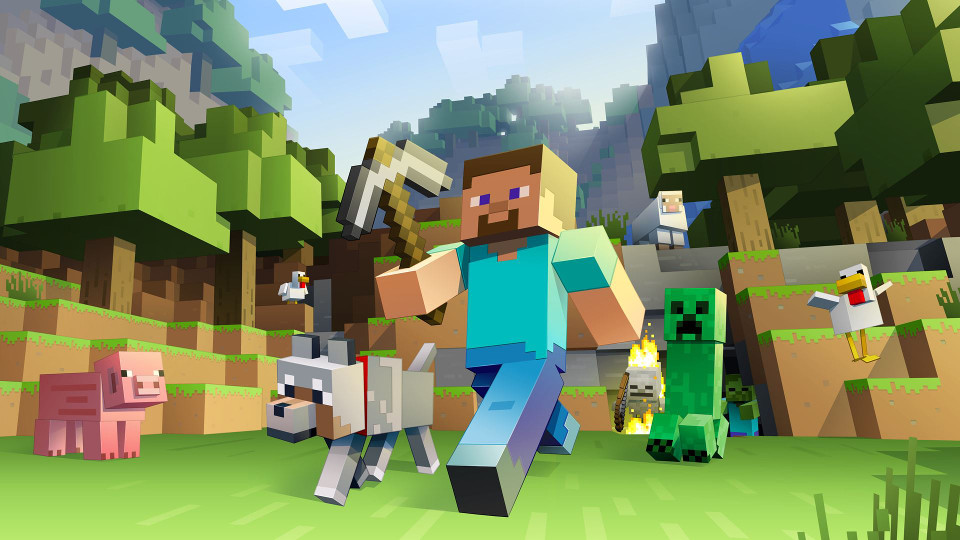 Buying for kids this Christmas but stuck for ideas? Sure they might tell you they want the latest Call of Duty or Grand Theft Auto but these aren’t made for the younger gamer. Many popular titles are for those aged 16 and over.

If you’re buying for kids that love to play video games then we’ve got you covered.

Below you’ll find our top 10 pick of games for kids. Stay tuned to EF for our other Christmas gift guides.

Age Rating: 7+
Disney Infinity 3.0 now welcomes Star Wars to the ever-growing collection of Marvel, Disney and DisneyPixar characters, stories and worlds. Together new heroes can join forces with characters from previous editions and embark on adventures as big as your imagination in the 3.0 Toy Box! Disney Infinity encourages you to play your way, whether you explore open-world creation in the Toy Box or story-driven gameplay inside Play Sets!

Age Rating: 3+
The top-selling dance franchise is back and this year features a new way to play by allowing players to use their smartphone to track their movements. Packed with old and new songs to dance to it’s a great way to get the kids doing some exercise instead of sitting still while playing like in most other games.

Age Rating: 7+
When a mysterious and powerful vortex suddenly appears in various LEGO worlds, different characters from DC Comics, The Lord of the Rings and The LEGO Movie are swept away. To save their friends, Batman, Gandalf and Wyldstyle bravely jump into the vortex and quickly find themselves fighting to save all of LEGO humanity. LEGO Dimensions is a game you can keep adding to in the future from a whole variety of playsets including The Simpsons, Scooby Doo, Doctor Who and Back to the Future.

Age Rating: 7+
In LittleBigPlanet 3, Sackboy is transported to a new planet called Bunkum, a creative paradise where abundant ideas drift through the sky. Unwittingly, Sackboy helps release three mythical creatures called the Titans who aim to ruin Bunkum and transform the world’s most unskilled Creator, Newton, into a terrible monster. To restore balance to the land, Sackboy is going to need help in the form of Bunkum’s ancient heroes: Toggle, OddSock, and Swoop. A brilliant title for creative kids.

Age Rating: 7+
A survival game where players must explore and craft to survive. There’s also creative mode which allows players to build entire worlds. What you can do in Minecraft is only limited by the imagination of the player. The easiest way to think of it is like digital LEGO. An essential game for kids.

Age Rating: 12+
A new adventure game set in the world of Minecraft. Players take the role of Jesse and embark on a perilous adventure across the Overworld, through the Nether, to the End, and beyond. The decisions that players make of what to say and do drive the story around them.

Age Rating: 7+
This year’s Skylanders innovated again by adding a range of land, sea and air vehicles to the mix. It also introduced online multiplayer and racing modes. Best of all it’s still backwards compatible with all previous Skylanders toys. Read our Skylanders Superchargers review to see what we thought of the game. Great fun to play with younger players and a perfect gift for those already invested in the series.

Age Rating: 7+
A third-person action shooter game exclusively for the Wii U console that swaps bullets for ink. Challenge your friends in chaotic four-on-four matches, in which the goal is to get your ink on as many places as possible and claim your turf, all while strategically submerging yourself in your team’s colours and blasting your enemies. A great non-violent alternative to popular shooter games.

Age Rating: 3+
One for the more creative kids, Super Mario Maker allows players to create their own levels. Players can also share their creations and take on levels created by other players. Pretty much anything is possible with a little imagination. Super Mario Maker is a Wii U exclusive.

In this article:Christmas, Games, Gift Guide, KIDS, PS4, Wii U, Xbox One