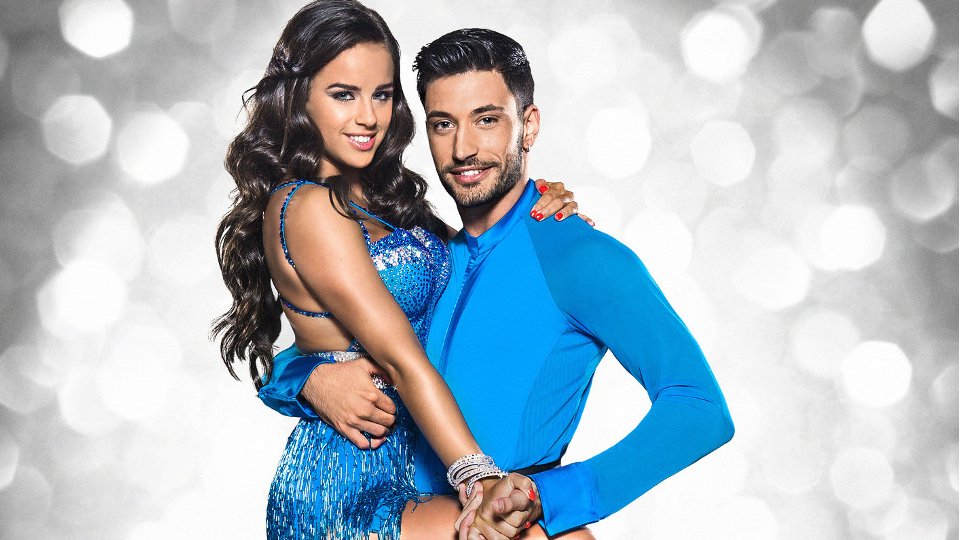 Strictly Come Dancing 2015’s final arrives this weekend and the remaining four couples will be battling it out over the course of two live shows to be crowned the winner.

Kellie Bright, Katie Derham, Jay McGuiness and Georgia May Foote are the last four standing and they will be dancing their socks off on Saturday night. Two of the dances will be ones that the couples have performed during the series – the couple’s favourite and the Judges’ pick.

They will also have to dance the showdance which is completely put together by them using steps and styles of their choosing. The songs have been revealed for the showdances and you can find out who is dancing to what below:

Georgia and Giovanni will be performing their Showdance to ‘Fix You’ by Coldplay.

Jay and Aliona will be performing their Showdance to ‘Can’t Feel My Face’ by The Weeknd.

Katie and Anton will be performing their Showdance to ‘O Fortuna’ by Carl Orff.

Kellie and Kevin will be performing their Showdance to ‘Ding-Dong Daddy of the D-Car Line’ by Cherry Poppin’ Daddies.

The choices for the couple’s favourites will be revealed during the week on It Takes Two.

Strictly Come Dancing 2015’s final kicks off at 6.35pm on Saturday night on BBC One.