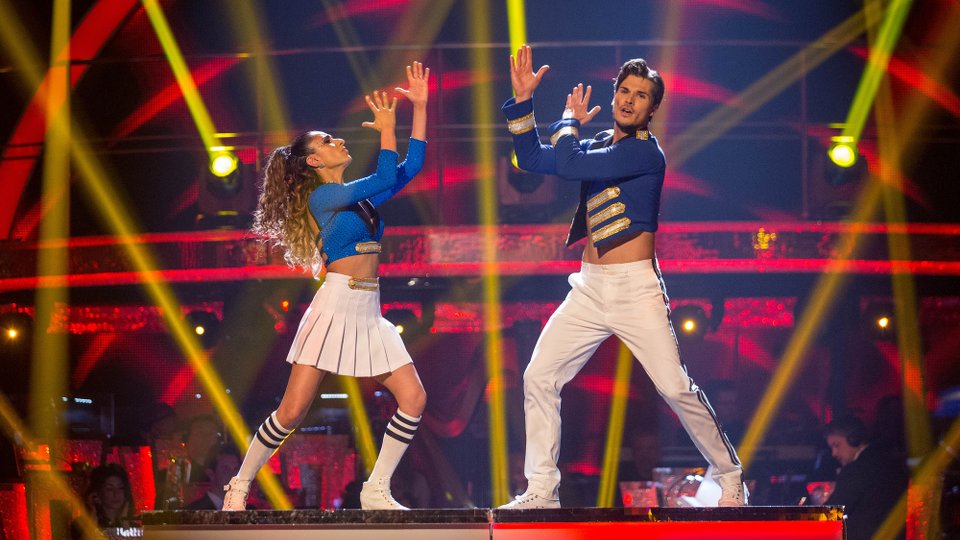 The final 5 couples are so close in terms of standard that it really could be anyone’s to win this year. Katie Derham and her partner Anton du Beke were at the bottom of the leaderboard and Kellie Bright and Kevin Clifton were at the top after stunning with both of their routines.

We’ve reviewed all of the performances again to select the best 5 of the night. Keep reading to find out who made the cut…

Georgia is the only celeb to make the Top 5 twice. She was effortless with the Viennese Waltz and she matches Giovanni when it comes to ability. She seriously could have a career as a dancer after the show if she wanted one. Gorgeous!

Anita had a bit of a tough night last night but we think her Salsa deserved to get more credit than it did. She was fearless and her trust in Gleb was obvious. It was fast, furious and full of amazing tricks and lifts.

Jay’s return to form continued last night with his Doctor Who themed Charleston. The theme was a great one and Jay made the Charleston look really easy. Despite a bit of facial expression issues, Jay pulled this routine off near perfectly.

Georgia had a tough week battling illness during training but that didn’t show last night. Her Cha Cha was full of content and energy. In our eyes she’s still the one to beat this year and we think she’ll sail through to the final.

This was just an absolutely gorgeous routine and Kellie performed it with so much class. We hope that Kellie gets a place in the final and stays out of the bottom two on tonight’s results show. She’s one of the most consistent dancers in the competition.

Tune in to BBC One tonight at 7.20pm to find out which couple will be leaving the competition.