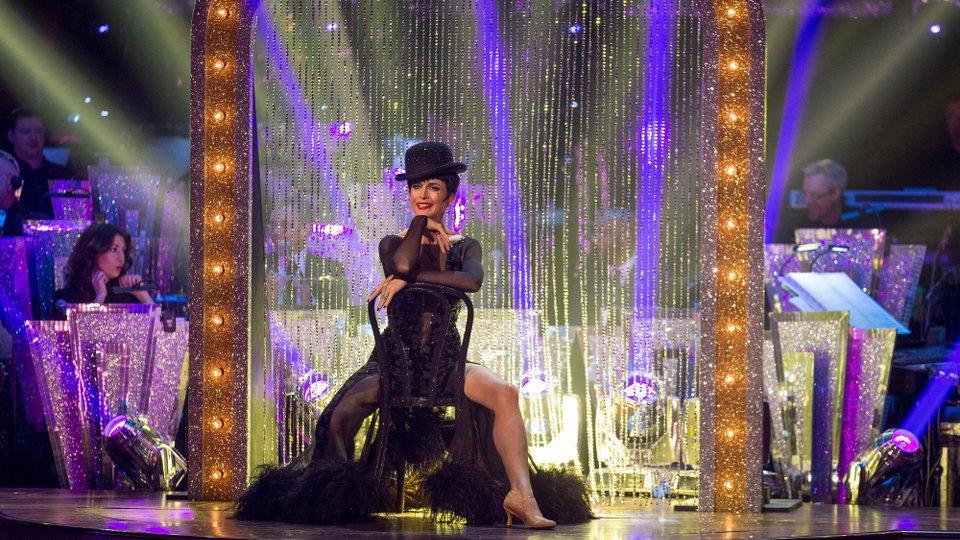 With only six couples left it was really tough to pick 5 to make the cut as the standard is fairly equally matched now across the board. The series really is anyone’s to win this year and it’s so close it’s almost impossible to call.

Find out who made out Top 5 by reading on…

It was so tough to pick between Helen George and Katie Derham based on last night’s performance. We’ve opted for Katie because she’s shown more improvement over the last few weeks than Helen and she relished her Cabaret themed Foxtrot last night.

What are the judges smoking at the moment? Anita has gone from being the favourite to barely being able to put a foot right the past few weeks. Her Tango with Gleb Savchenko was technically very complicated and she did a fantastic job with very difficult choreography. We really hope she doesn’t go tonight.

Kellie Bright attacks every dance with gusto and last night’s Viennese Waltz was no exception. Kevin’s choreography was so clever and the routine was hugely entertaining. We really hope that Kellie stays out of the bottom two and sails through to the final.

Jay McGuiness continued his return to form last night with the best Rumba of the series. It was elegant, beautiful and emotive – everything a Rumba should be. He has great chemistry with Aliona and last night’s performance put him back in contention to win the whole show.

She may not have received the top score of the night but Georgia May Foote was exceptional. Her partnership with Giovanni has us hooked every single week and the Disney Beauty and the Beast theme made the whole performance even more magical. If we had to put money on it now we’d say Georgia is going to walk the final.

Tune in to BBC One tonight at 7.20pm to find out which couple leaves the competition.