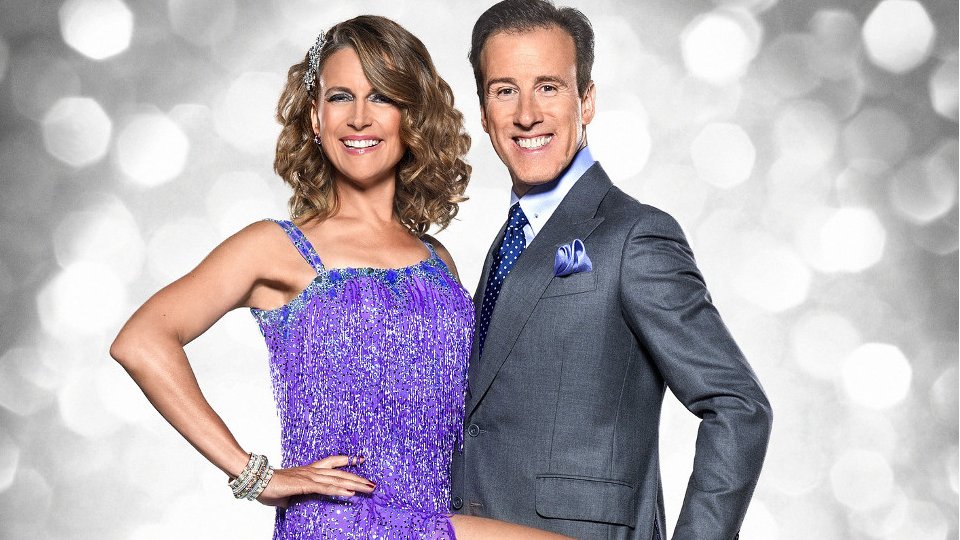 Strictly Come Dancing 2015 is only two weeks away from the grand final and tonight the competition reached the quarter final stage.

Singer Peter Andre and his partner Janette Manrara were eliminated from the competition last weekend after losing the dance-off to EastEnders star Kellie Bright and her partner Kevin Clifton. Only 6 couples remain in the ballroom and tonight they all danced again to secure their place in the show ahead of next week’s semi-final.

Tess Daly and Claudia Winkleman kept the couples and the judges in check as they oversaw all of tonight’s action. Craig Revel-Horwood, Len Goodman, Darcey Bussell and Bruno Tonioli were on hand to offer their usual mix of critique and praise.

Keep reading to find out how the night unfolded…

Actress Georgia May Foote lost her place at the top of the leaderboard last week but we don’t think she’s got anything to worry about. She’s surely going to sail through to the final and she COULD even win the series. During the week Georgia threw a Princess party to get into the spirit for tonight’s dance. Tonight Georgia and Giovanni danced a Beauty and the Beast themed Foxtrot.

The dance: What a beautiful start to tonight’s show. Georgia and Giovanni glided across the floor and it was pretty magical. Georgia really can do no wrong at the moment can she? That should see her sail through to the semi-final.

The comments: Len said that Georgia’s Foxtrot was a fairytale. Bruno said that Georgia’s shoulders and frame were better tonight, and told her that the performance transported everyone. Craig said he thought it was ‘absolutely delightful’ and ‘enchanting’. Darcey said Georgia excels and commended her for her control.

Anita’s Rumba wasn’t a hit with all of the judges last week and Len wasn’t a fan of its contemporary feel. Despite getting one of the lowest scores she’s had in the competition, Anita wasn’t defeated and it made her more determined to wow this weekend. Tonight Anita and Gleb danced a Chicago themed Argentine Tango.

The dance: Wow. Just wow. Anita surprises week after week, and despite not ripping Gleb’s entire shirt off, Anita knocked it out of the park tonight. If she doesn’t make it all the way to the final then we’re going to be fuming!

The comments: Bruno commended Anita for tackling a very well-known song and told her that at times her footwork got a bit sloppy. Craig said that the routine exposed all of Anita’s weak points but told her she had dramatic integrity. Darcey said that the energy, attitude and intent that Anita has is fantastic and told her the drama and attack was there. Len said that the performance was like a cow pat – hot and steamy – and commended Anita for pulling off a difficult routine.

EastEnders star Kellie Bright found herself in the bottom two again last week but survived to dance another week. During training Kellie brought her son to training so he could spend some time with her as she had to miss his Birthday. Tonight Kellie and Kevin danced an Oliver-themed Viennese Waltz.

The dance: Kellie and Kevin always take risks with their performances and tonight’s was pretty epic. It’s Kellie’s best dance in weeks

The comments: Craig said that the routine had no elegance and that he loved it. Darcey said that Kellie bounced back this week and told her that she was divine. Len said that he loved it and compared it to a knees up in the Old Vic. Bruno sung Consider Yourself and told Kellie that it was Happy Hour at Strictly Come Dancing.

Jay got his highest score in the series to date last week when he picked up 38 out of 40. Tonight Jay and Aliona had their performance themed to West End musical Once. During the week Ronan Keating stopped by to help him prepare for his routine as he starred in Once on the West End. Jay and Aliona danced the Rumba but did the singer manage to show his emotions?

The dance: We didn’t see a lot of emotion from Jay tonight but there was no denying that he put in a good effort. He moved so effortlessly and his connection with Aliona was believable.

Katie Derham has got her groove back over the past few weeks and it seems to be helping her confidence. During training this week Katie’s daughter stopped by the studio to help her perfect the routine. Tonight Katie and Anton danced the Foxtrot with a Cabaret theme. Did Katie manage to keep the standard up?

The dance: There was quite a lot of faffing at the beginning of the performance and it took a little too long to get into the swing. Once it did though, it was a real classy effort from Katie and Anton.

The comments: Len said that it was long-winded getting started but told Katie she gave a very accomplished performance. Bruno said that Katie was ‘parked by the curb for hours’ at the start of the routine and called her performance ‘stunning’. Craig said that he loved Anton’s choreography and told Katie it was ‘really, really lovely’. Darcey said that Katie oozed confidence telling her she was ‘brilliant’.

Last weekend Helen George landed at the top of the leaderboard and got fantastic feedback from the judges. During the week Aljaz took Helen to meet the leads in Les Miserable on the West End to get her into the spirit for this weekend’s performance. Tonight Helen and Aljaz danced the Paso Doble to a Les Miserables theme.

The dance: That was a powerful performance from Helen tonight. She’s really fighting to stay in the competition and she will sail through to next week after that performance.

The comments: Bruno said that he felt punch drunk watching the performance and told Helen to be careful with her balance. Craig said he thought it was clean, sharp and brilliant. Darcey said she didn’t feel that Helen was on top of everything that was going on but told her the energy and intent was there. Len said Helen gave a fitting end to a fantastic quarter final.

Tune in to BBC One tomorrow night at 7.20pm to find out which couples make it through to the semi-final. See all of the couples in dress rehearsal earlier today: