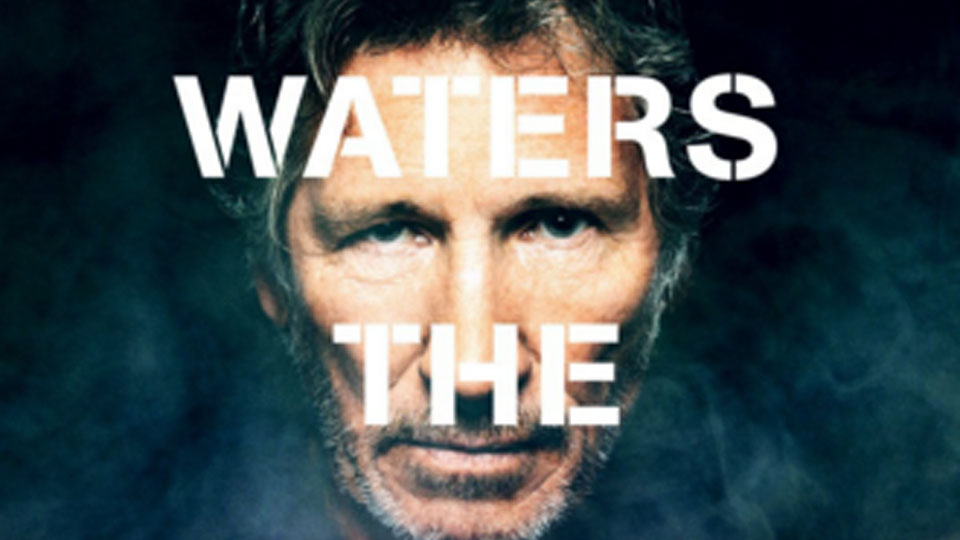 The Wall started life as a Pink Floyd album in 1979. Since then, the high-concept rock masterpiece has been made into a movie starring Bob Geldof, and has been toured by its author, former Pink Floyd front-man Roger Waters, at arenas throughout the world. The most recent tour has taken the Pink Floyd star’s well-known penchant for the theatrical and spectacular and created a feast for all the senses.

Now Roger Waters: The Wall is available in a few formats, with a double CD from Columbia as well as a Blu-ray and DVD-released movie version from Universal Pictures UK.

The film version is more than just concert footage, but something rather more unique. It looks behind the stage and delves into Waters’ life and history, and in doing so uncovers the thematic origins of The Wall (and, in fairness, of a large portion of Waters’ musical canon) – human folly and ideologically-driven warfare. Why are we following Waters into a garage where he uncovers a mothballed classic car? Where is he heading to on the road? Why is he taking a trumpet? It starts to become clear when he stops to read a letter a fellow-soldier had sent Waters’ mother, stating that he had seen her husband, Eric Fletcher Waters, killed in action. Waters weeps for the father he never knew, who was one of thousands of men killed in the fighting at Anzio during WWII. Later, he takes his children to visit their grandfather’s grave at a war memorial for the first time. History has a nasty habit of repeating itself, and Waters’ paternal grandfather was killed in France during WWI, when Eric Fletcher Waters was an infant. Two successive generations of the Waters family grew up with no memories of their fathers thanks to war.

These segments are poignant, and beautifully shot. Far from interrupting the flow of the concert, the parallel and deeply personal road trip is skilfully interwoven, with the early sections bleeding in the melody from When The Tigers Broke Free. The journey lends the themes of The Wall an even greater resonance. If you enjoy Waters’ output solely for the music, the filmic elements may seem intrusive, but those who admire Waters as an artist with something to say about the world and the human condition will find these moments insightful, and more than a few tears may be shed. Stylish as much as stylised, Waters’ journey eschews documentary realism and goes for aesthetic beauty, and this brave choice adds a poetic quality. The camera loves Waters’ weathered, handsome face, and his voice has always carried rich emotion, more so now that it is gravelly. He stops at a bar for the succour of a few drinks, and explains the circumstances of his father’s death in English to a French barman who doesn’t understand him. Then a Hungarian friend appears in the bar and tells him of his terrifying childhood flight from the Nazis. The only criticism of the road trip section is that Waters perhaps doesn’t say enough about his distaste of and distrust for dogma – it hones instead on the human stories.

The music of the new The Wall concert is as excellent as the visuals. Waters’ voice isn’t as strong as it once was, but he remains magnetic and charismatic on stage. Where he can’t quite hit the higher notes any longer, backing singers provide the vocals. The songs will be familiar to anyone who knows the original work, but there is a new spin here, made most explicit in the addition of The Ballad of Jean Charles de Menezes (the young Brazilian man who was mistakenly killed by the British Police). Bring The Boys Back Home and Vera have become more obviously anti-war songs, and images of Eric Fletcher Waters as well as hundreds of other people killed in conflicts all over the world are projected onto the giant wall constructed on the stage. It’s not just spectacle for the sake of it, but visuals that back up the emotional punch of the piece, and the more sedate pace of the music in itself creates an air of introspection and brooding, angry melancholy.

The Wall is so incisive a study of human foibles and the dangers of political ideology that it can and has been used as a criticism of fascism, with Gerald Scarfe’s illustrations, revisited in the concert, vividly evoking the emblems of terror of the Third Reich. Waters dons SS-style long black leather trench coat, complete with red and black insignia that is part swastika and part hammer and sickle. Waters’ performance of the epic album at the fall of the Berlin Wall in 1989 shows how the themes can be seen as a criticism of equally-chilling far-left ideology.

Roger Waters: The Wall is a brilliant reinvention of a rock classic. The concert itself is unforgettable, and the very fine movie version adds a whole new layer to the work. This is a must-have release for all of Waters’ fans.