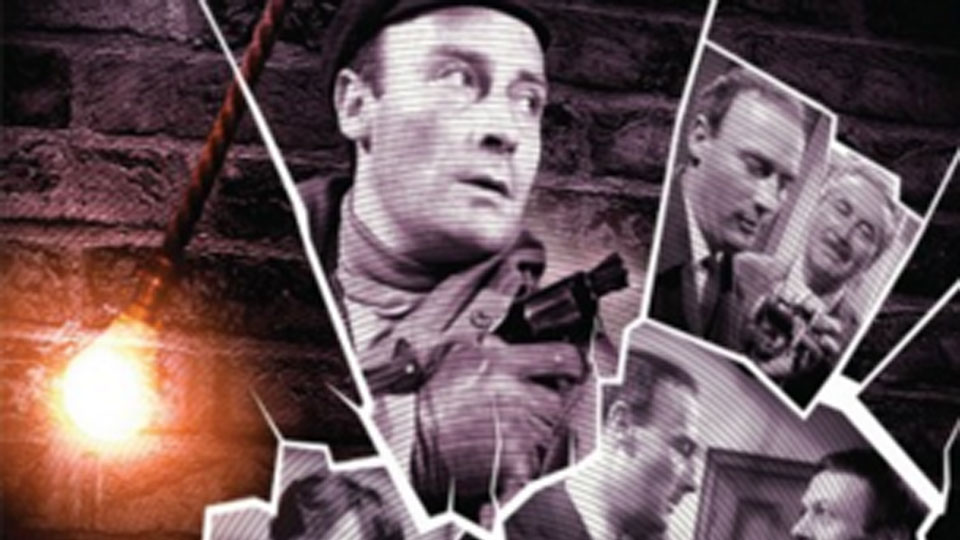 Network is celebrating one of the most remarkable television series ever made. Having already released every episode of Callan known to exist on DVD (a few of the black and whites are, heartbreakingly, missing) it seemed that Callan aficionados had had their fill of the adventures of the melancholy government hitman played so memorably by the late Edward Woodward.

Now, a three-disc spectacular, Callan: This Man Alone, is being released from 30th November, available exclusively through Network, which includes a brand-new 130-minute documentary.

Callan: This Man Alone features input from many of the surviving key players, and is narrated by Peter Woodward – Edward Woodward’s son. Several years in the making, the documentary turns out to be a poignantly timely one, since both Reginald Collin (a later Callan producer) and Jim Goddard (a director), who offer their memories of the series here, have subsequently died. This is a thoughtful, thorough and insightful documentary, with Peter Woodward’s linking narration moving from one contributor to the next. Each one has been asked an intelligent question and provides a suitably engaging response.

There are many great contributors. Peter Mitchell, the son of Callan creator and writer James Mitchell, speaks about growing up in the North East with his father in the limelight, and the impact the success of Callan had on their lives. Piers Haggard, who went on to have considerable (and cult) success as a director, also remembers the series in detail, as does fellow director Mike Vardy. On the writing side, Trevor Preston and Robert Banks Stewart (well known for his contribution to many great TV series of the time, including Doctor Who) are on hand to supply another perspective of working on the series. Surviving actors Clifford Rose (the sinister Snell) and Patrick Mower (Callan’s younger rival Cross in the later series) are on hand to give their views, with Mower in particular amusing and jovial. Actors who are now sadly deceased, such as Woodward himself and series regulars Russell Hunter (Lonely) and William Squire (Hunter) are represented through audio interviews that are, owing to generally poor sound quality (they were telephone interviews that would have been transcribed) backed up with subtitles.

The documentary covers the Armchair Theatre pilot, A Magnum For Schneider, to the first two monochrome series; followed by the two later colour series and the subsequent 1980 special and big screen outing. It’s incredibly comprehensive, and where gaps may exist in the details for the contributors as they recall aspects of their profession nearly half a century earlier, the BFI’s Dick Fiddy is on hand to supply his encyclopaedic knowledge of the show.

The documentary represents only the first of three discs in this release. The second disc holds new transfers of classic episodes previously released under the Monochrome Years title, including A Magnum For Schneider and The Good Ones Are All Dead. It also contains the complete recording block for The Worst Soldier I Ever Saw, which comprises the full recorded tape of the episode, including cue cards and multiple takes of single scenes. Dry and not very scintillating viewing to the general public, but a truly fascinating glimpse into how television drama was made in the late 1960s for archive TV buffs – who are, let’s face it, the target audience of this title.

The third disc holds a few more extras worth seeing, including a full episode of The Edward Woodward Hour, which was basically an opportunity for Woodward to sing his favourite songs (and what a lovely voice he had) in an hour-long show linked by sketches. For Callan fans, it’s the Father, Dear Father (an immensely popular situation comedy starring Patrick Cargill) and Callan crossover that’s the biggest draw. It is painfully, embarrassingly awful – but as compulsive to watch as a car crash. Satisfyingly, Beryl Reid pops up in a few sketches and salvages the whole production. The documentary about James Mitchell, Flashback, is rather more serious, and also contains footage and out-takes from the production that was made towards the end of his life. A World of My Own was filmed contemporarily with the broadcast of Callan. It survives in very grainy black and white, with a dodgy and intermittent sound, but it is the genuine voice of the creator of Callan, and that makes it worth persevering with.

There is over six hours’ worth of material spread across the three discs, making this a dream, must-have title for any Callan aficionado. It’s the original documentary that’s the real draw, and it’s very well put-together, encapsulating just in time the breadth of talent that went into making the remarkable series, before any more of those great old gentlemen inevitably die off. As such, Callan: This Man Alone is a fitting tribute to and celebration of a brilliant series that is well worth remembering.