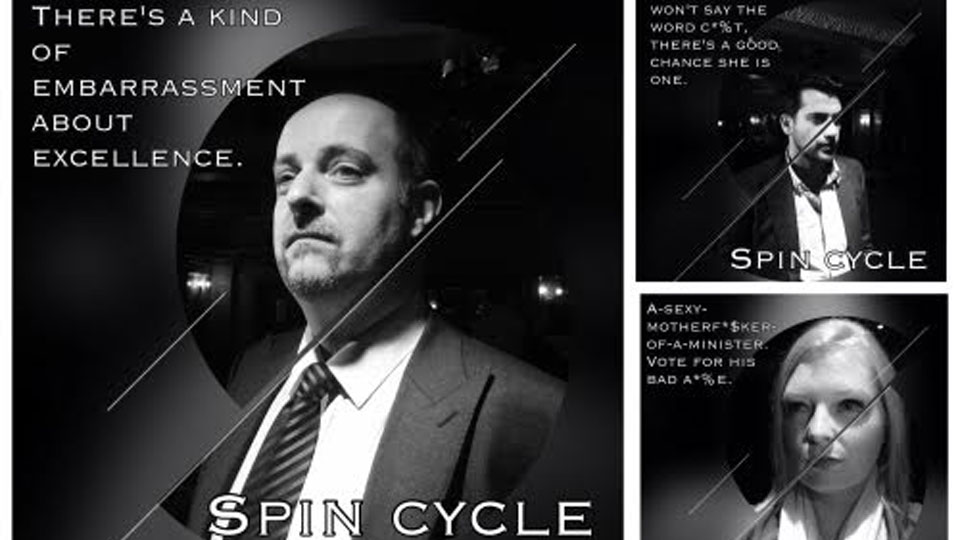 Britney is in the charts, Blair is in Number 10, and butter is bad for you.

Steve Thompson (writer of Doctor Who, Silk, Sherlock, Upstairs Downstairs and Jericho), began his working life as an intern in an advertising agency. Spincycle takes you in to the world where anything and anyone can be repositioned and rebranded. Giving an insider glimpse at the mechanisms used to manipulate consumers, public opinion and the electorate.

It’s the mid-noughties and the ad agency is struggling in an increasingly ruthless marketplace. To boost their failing finances Jane, the head of the agency, takes a risk on rebranding a Tory MP, and gets more than she bargained for….

The Canting Crew present the professional premiere of Spincycle, written in 2003. Stephen Oswald, Artistic Director of the Canting Crew has been acting, writing, directing and evolving theatre and physical performance pieces for over 25 years.

TheatreN16 is a new and unique venue in Balham. TheatreN16 make it affordable for ambitious theatre companies, such as the Canting Crew to produce new work, whilst creating an artistic hub within its South London community.

For more details on the show and to book, visit TheatreN16.