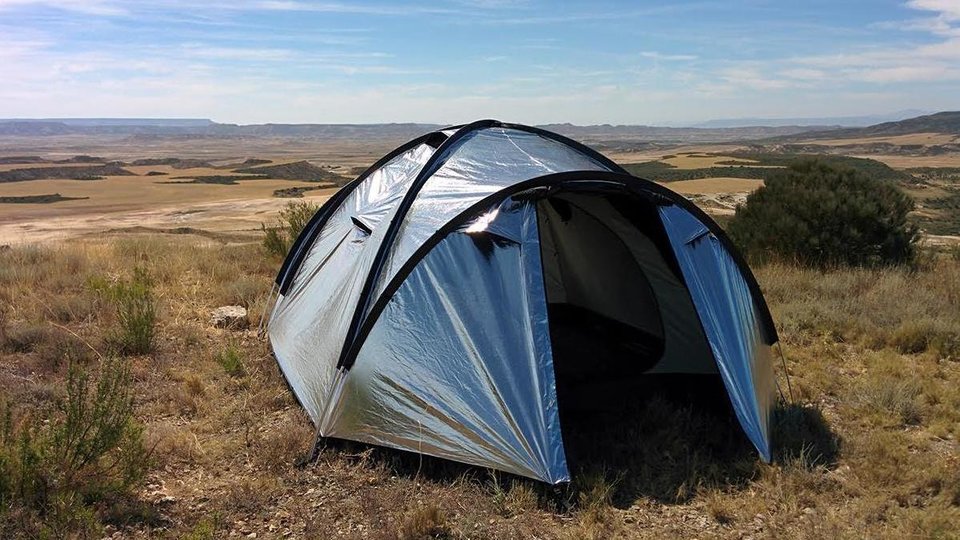 Siesta4, the world’s first heat reflective, light blocking tent with built-in fans is starting to draw attention on Kickstarter with over one third of the $100,000 goal raised in just two days. The lure of camping without being woken up at sunrise by bright sun and heat is clearly striking a chord with backers, especially from the festival community.

The tent is a 4-person, double-walled design made from a specially developed lightweight, durable, waterproof fly fabric that reflects infrared, visible and ultraviolet light. The 8-inch, USB-powered built-in fans allow the tent to be cooled with the doors closed, making it possible to sleep comfortably in darkness during the day.

Gareth Price, the Founder of Outback Logic LLC, originally had the idea while camping at a festival in the Australian outback. “Having camped in a number of warm climates including Australia, Southern Europe, California and Nevada, I realised there was huge potential for a heat reflective tent. We’ve spent the past year developing the concept into a commercially viable product and now we need to raise the capital to bring the Siesta4 to market.”

You can find out more about  Siesta4 on Kickstarter

Advertisement. Scroll to continue reading.
In this article:SIESTA4