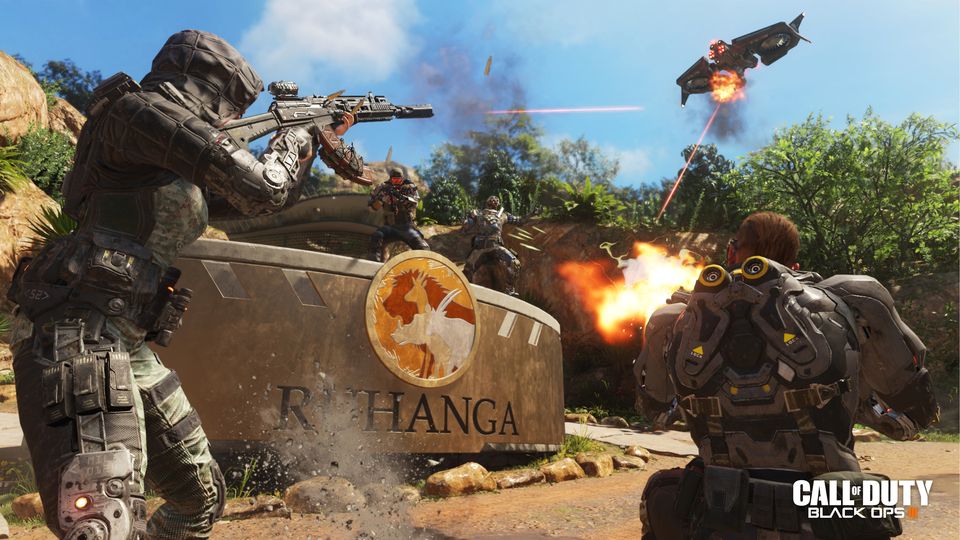 We’re just two weeks away from the release of Call of Duty: Black Ops III. To get fans even more excited Activision have released a brand new gameplay trailer which you can watch below.

Call of Duty: Black Ops III aims to be the ultimate 3-games-in-1 experience. In Campaign mode, you must navigate the hot spots of a new Cold War to find your missing brothers. Players can play the campaign cooperatively or solo and are now always connected to the intelligence grid and their fellow operatives during battle.

No Treyarch title would be complete without its signature Zombies offering. “Shadows of Evil” has its own distinct storyline right out of the box, set in the fictional 1940s Morg City, where four particularly troubled individuals – the femme fatale, the magician, the detective and the boxer – star in this film-noir inspired horror story.

EF will be bringing you a full review of Call of Duty: Black Ops III early next month. The game is due for release on Xbox One, PS4, Xbox 360, PS3 and PC on November 6th. Check out the official Call of Duty website for more information.