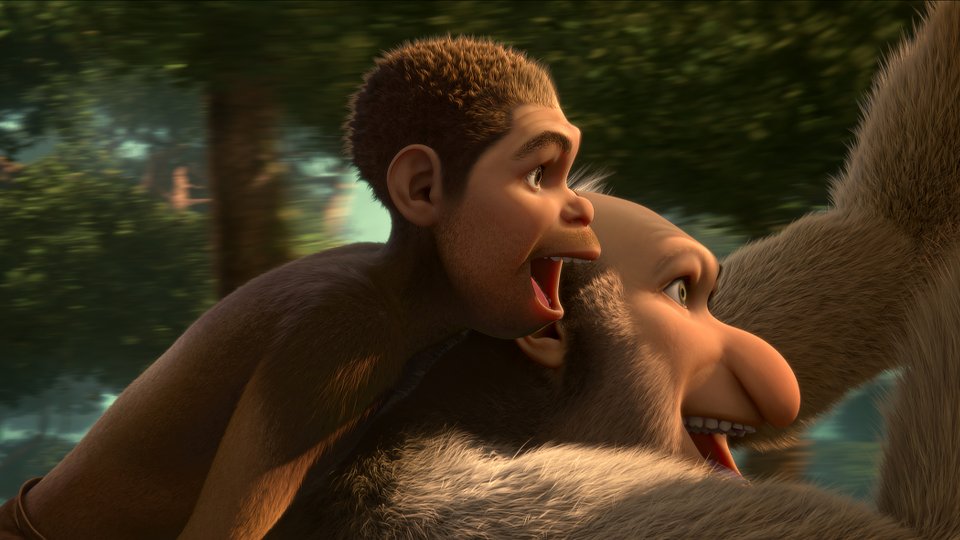 Animal Kingdom: Let’s Go Ape is released in cinemas next week and we’ve got our hands on three sneak peek clips for you ahead of its arrival.

Two million years ago, deep in the Savannah desert lives Edward, the eldest son of a primate king. At birth Edward is considered too small and puny for his tough tribe and is sent away to be brought up in secret. But as he grows up he realises he is no ordinary ape…

It’s not long before Edward discovers fire (well, someone had to!), hunting, modern living, love and even… hope. As generous as he is advanced, Edward wants to share everything, revolutionise the established order and bring his people bang up to date – with hilarious results as the rest of the primates try to get to grips with a new way of doing things!

So be prepared for a rumble in the jungle this half term as the primates begin to realise that evolution isn’t complete monkey business after all!

Animal Kingdom is in cinemas 23rd October, courtesy of Signature Entertainment. Watch the clips below: