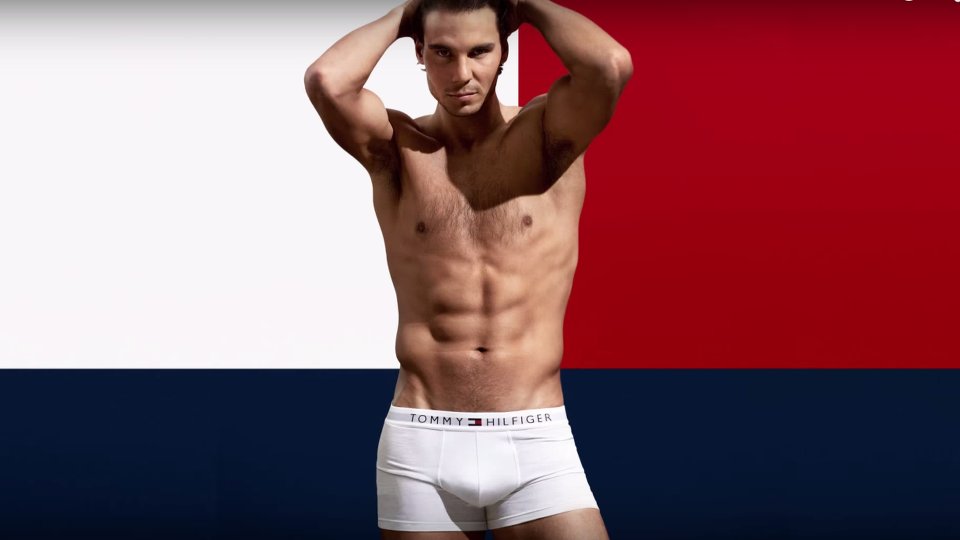 Recently revealed as the new face and body of the brand, Nadal is seen in the changing rooms stripping down to his pants before teasing the camera as he takes them off. The final shot of the advert sees a naked Nadal wrapping a towel around his famous behind before heading off to the shower.

The saucy advert sees plenty of close-up shots of Nadal’s body, his package and his impressive backside. Tommy Hilfiger has also released a series of campaign shots featuring Nadal in his pants to promote their latest line.

The advert is slightly NSFW so be warned if you’re reading this at work or in a public area.

Watch the sexy advert below and see a shot from the new Tommy Hilfiger campaign:

The new star of #TommyHilfiger underwear takes it all off. #RafaelNadal #TommyXNadal