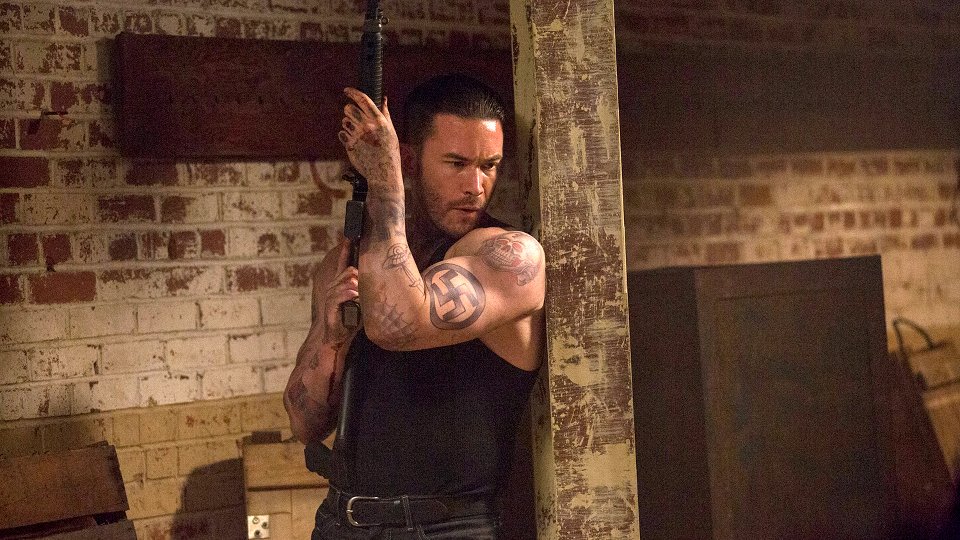 We’ve been hooked on Banshee this season and with only two episodes left of the third season (in the UK that is) we’re not ready to wave goodbye just yet.

One of the reasons we’ve loved the show so much this year is Tom Pelphrey. The actor joined the show’s third season as Kurt Bunker, former neo-Nazi gang member trying to turn his life around. He was easily one of the standouts in the season and we can’t wait to see if he sticks around for the fourth season.

Despite all the tattoos he had painted on him for the character, it was hard not to pay attention to Tom’s guns and his muscular physique. That workout scene was something pretty special wasn’t it?

We’ve gathered up some screen shots of Tom’s appearance in the movie Excuse Me For Living where he was shirtless a fair bit (and he got his bum out!). We’ve also got a gif of the workout scene from Banshee for you to drool over on this fine Saturday.

Take a look at the hot shirtless snaps below:

In this article:Banshee, Tom Pelphrey