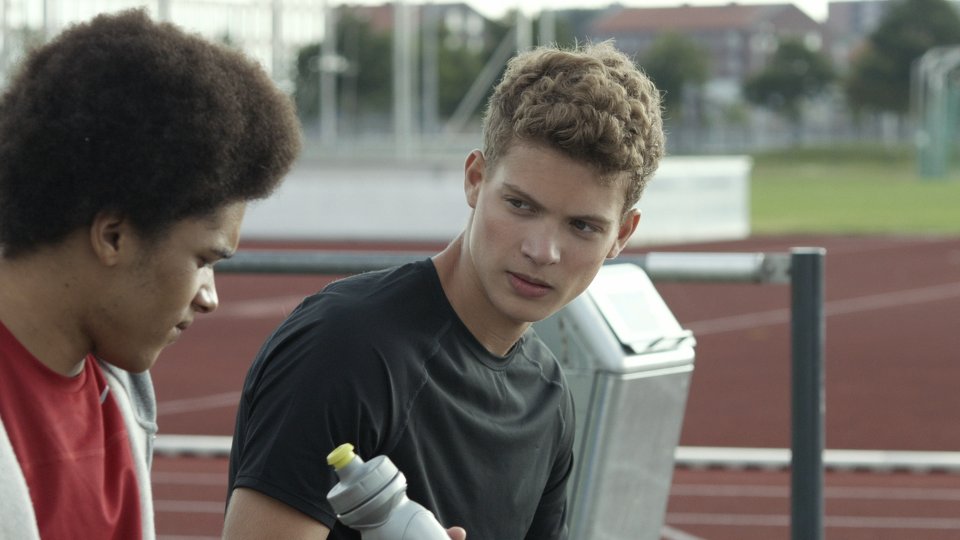 Boys on Film is one of the staples of LGBT distributor Peccadillo Pictures. The semi-regular series collects the best short films from around the world and packages them on a themed release. On the whole short films don’t get a lot of exposure past the festival circuit but thanks to Peccadillo, LGBT shorts are getting a lot more attention thanks to the success of the Boys on Film series. The latest instalment is Boys on Film 13: Trick & Treat, which showcases 10 new and award-winning shorts that explore relationship, dark desires and confronting hidden secrets.

As always with the Boys on Film series, this new instalment looks at a variety of gay characters at different stages of their lives. The collection opens with Surprise by director Leslie Bumgarner and it certainly lives up to its name. Jack (Austin Fryberger) has something to confess to his mother Linda (Tess Harper) but whilst they are talking it turns out that Linda has a confession of her own to make. The short is funny and heart-warming and the little twist at the end will leave you with a smirk on your face.

Elsewhere on Boys on Film 13: Trick & Treat homophobia is explored on the sports themed short Caged directed by Lazlo and Dylan Tonk, a phone operator gets involved in a deeply personal conversation between a boy and his hearing-impaired boyfriend in Middle Man by director Charlie Francis, and a young boy fantasises over the school bully in Kissing Drew by Philip O’Connell.

Another standout is Vis a Vis by Australian director and actor Dan Connolly. The short tells the story of government official Lara (Belinda Misevski) who visits gay couple Ricky (David Harrison) and Martin (Dan Connolly) to assess their visa application. When she arrives at their home, Lara soon suspects that all isn’t what it seems and the farcical short packs an unexpected emotional punch.

Boys on Film 13: Trick & Treat ends with UK director Neil Ely’s Mirrors, which features Shameless star Jody Latham. The closing short tells the story of two young men who catch each other’s eye in a Manchester nightclub toilet. The two share a cubical and get to know each other, and pretty soon they are saying things to one another they never expected to say out loud.

Boys on Film 13: Trick & Treat, as with all of the Boys on Film releases, is a mixed bag. When it hits the mark the quality of the shorts is excellent and it’s a real glimpse at some exciting talent from around the world. For the most part Boys on Film 13: Trick & Treat is a solid collection save for one or two shorts that didn’t do anything for us (Remission and Followers). If you’ve enjoyed the previous instalments then you’ll likely enjoy this one too. Just be prepared to feel a variety of emotions whilst watching as most of the shorts will hit you in the heart.

Watch the trailer for Boys on Film: Trick & Treat below: