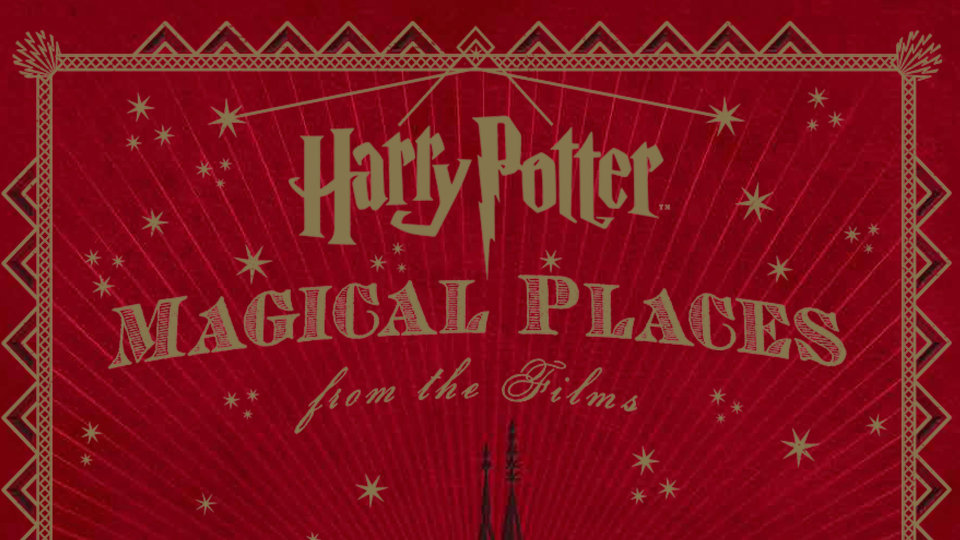 Second in the Harry Potter series from Titan Books, Harry Potter: Magical Places from the Films: Hogwarts, Diagon Alley, and Beyond follows the hugely successful Harry Potter: The Creature Vault, providing fans of the beloved film series with an unprecedented insight into the wondrous world of the boy wizard. It’s out to buy now but we are giving away 3 copies thanks to the awesome folks at Titan Books!

This stunning treasury is bound in debossed leatherette and also features a removable poster and interactive booklet to complete a gorgeously designed, visually stunning keepsake. Hogwarts castle and its many classrooms and dormitories, The Burrow, the Ministry of Magic, and Diagon Alley—these are just a few of the magical places that were brought to life for the Harry Potter film series. This beautifully designed coffee-table book grants a complete and unprecedented look at the process of adapting the fantastic locations for the films. Organized by film appearance, Harry Potter: Magical Places from the Films: Hogwarts, Diagon Alley, and Beyond takes readers on a behind-the-scenes visual journey through the world of the Harry Potter films.

Discover the real locations that were scouted throughout the English, Welsh, and Scottish countrysides, as well as the imaginative and elaborate sets that were designed, built, furnished, and digitally enhanced specifically for the films as this delightful book takes readers on a visual journey through the world of Harry Potter.

This stunning full-colour compendium also includes two exclusive bonus inserts: a map of Diagon Alley folded in an envelope in the back of the book, and “The Paintings of Hogwarts” catalogue inserted in the text.

To be in with a chance of winning one of 3 Harry Potter: Magical Places from the Films books from our friends at Titan Books, simply answer the below question.