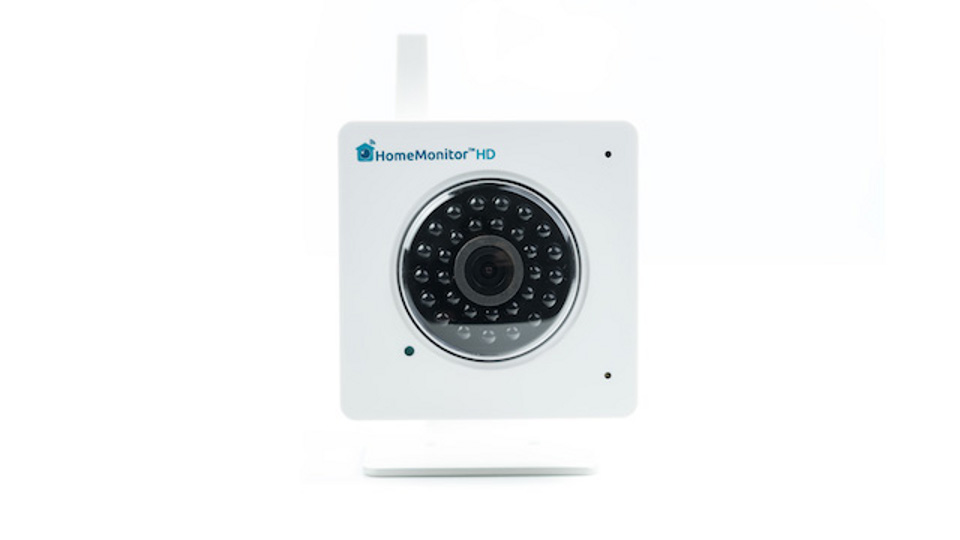 If you’ve ever wanted to improve the security of your home or business then you’ve probably considered installing a security camera. They can also be used for a variety of things such as keeping an eye on pets, children or maybe even an elderly relative. We’ve spent the past week with the HomeMonitor HD from Y-Cam to see if it’s worth your hard-earned cash.

Installing a security camera sounds like it’s probably a complex thing to do. So we were rather surprised to find out that we were up and running with the HomeMonitor HD in a matter of minutes.

With your account setup you can then register your camera. Once the website finds your camera you can also opt to link it with your Wi-Fi network. Doing so lets you remove the ethernet cable to relocate the camera to a different location within range of your Wi-Fi. It also keeps things tidier without the extra wire.

Once in position you can go to the website and view the live feed whenever you like. The camera features a 1-megapixel lens capable of recording 720p HD video (1280×720 resolution) which produces an image that you can easily pick out details and identify people. Also included is a HD mic which does a great job of grabbing any nearby sounds.

The HomeMonitor HD also features a very capable night vision mode. This is possible thanks to the inclusion of 30 infrared LEDs which have a range of upto 15m (40ft). The night vision kicks in automatically as soon as the light isn’t good enough to detect motion.

Motion detection is one of the most important features of the HomeMonitor HD. By default it will monitor it’s whole field of view for motion. When it spots something moving then it begins recording until the motion has stopped. Even more impressive is that it also has a SmartBuffer feature that ensures it captures the whole event from just before the motion began. This means you don’t miss anything that happens and it also seems to add some footage to the end of an event too.

If you are looking to record only specific events then you can define trigger areas. So for example you may only be interested when motion occurs in a particular part of a room such as a doorway, cupboard door or window. So you can create triggers around these areas via the HomeMonitor.me website. Video clips will then only be created when movement occurs in these areas.

The triggers feature is great for reducing the amount of clips that are recorded. For example if you are using the camera for security you might not want a video clip every time your dog moves. So you can put triggers on the tops of doors and away from the areas that your dog would use. Similarly you might just want to see which of the kids are sneaking food from the treat cupboard so you can stick a trigger just around that one place.

The videos that area created when motion is detected are automatically uploaded to your account on the HomeMonitor.me website. This is a secure area just for your clips and best of all you get a rolling 7 days of storage free forever. Your camera can record as many clips as it sees per day and the past week is always available. If you would rather have a longer storage you can upgrade to 30 days of storage for approximately £25 a year.

As well as creating video each time motion is detected the HomeMonitor.me can also be configured to notify you. It can do this via email or the HomeMonitor iOS and Android apps. When an email is sent they attach a still image from your camera when the motion was detected. You also get mobile and desktop links that you can visit to view the recorded footage.

The apps that are available mirror the functionality of the HomeMonitor.me website. Here you can view your clips, change settings or jump to the live feed. If you have multiple cameras then you can name each one to make it easier to see the one you want. Clips that are of particular interest can be downloaded in .mp4 format so that you don’t lose them as your storage rolls past the 7 or 30 days limits.

At a suggested retail price of £149.99 the HomeMonitor HD is an attractive purchase with no on-going costs unless you want the larger storage option. One thing to keep in mind is that it will take a small chunk of your Internet bandwidth for each camera. Using the triggers helps limit this and you can also setup a recording schedule if you only want to monitor certain times of the day.

The HomeMonitor HD is a wonderful piece of kit at an attractive price. Simple to setup, easy to use and packed full of features it’s a perfect solution for anyone looking to monitor an indoor area. Y-Cam also have an outdoor solution available and more details of both can be found on the HomeMonitor.me website.