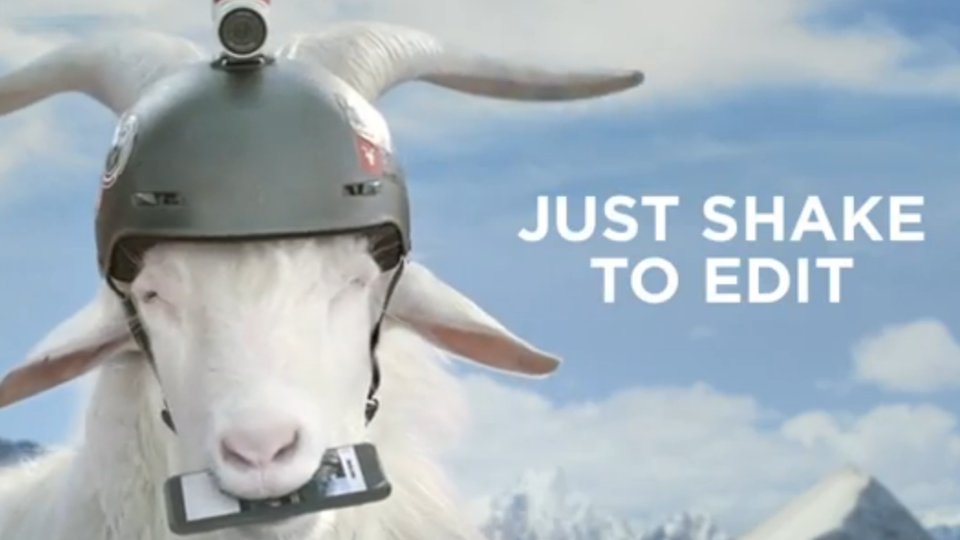 Ever wanted to see a goat participate in some extreme sports activities? Well now you can thanks to the latest TomTom advert for their action camera Bandit.

In the video Baaadass Bill, the goat, gets fed up of trying to edit his footage so he straps a TomTom Bandit onto his head, puts on a pair of skis and captures all of his mountain adventures. The video comes to a close with Baaadass Bill making a safe landing after launching his parachute and showing how easy it is to edit video from the camera on his phone.

The 4K first of its kind camera has a built-in media server that allows users to edit videos without the need to download them first. There is a smartphone app to accompany the camera that users can review and edit the footage on.

Videos can be edited by simply shaking your phone, offering a quick and easy way to get your footage ready to share on social media. Shaking the phone when in edit mode edit mode automatically finds key moments and compiles them into a video.

Watch the hilarious new video and see Baaadass Bill in action below: