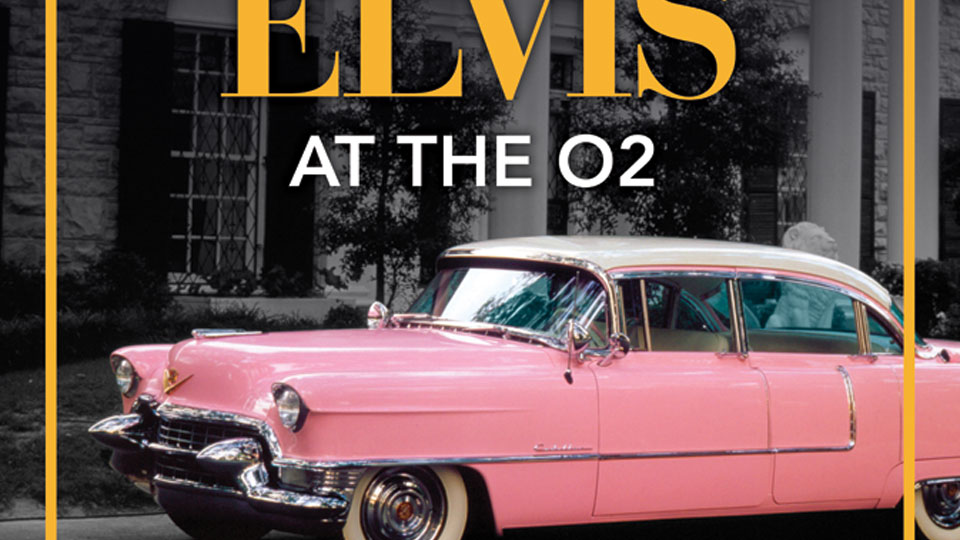 One of the world’s most iconic cars, Elvis Presley’s Pink Cadillac, will be displayed at Elvis at The O2: The Exhibition of His Life for a limited time, beginning Wednesday 17th June, having been shipped over from Graceland especially. The Pink Cadillac will take pride of place for a limited time alongside the hundreds of iconic items from the Graceland Archives, which are already on display. Due to overwhelming demand and tremendous critical acclaim, the exhibition is now extending to 10th January. Tickets are available to buy now via www.elvisattheo2.com.

The Pink Cadillac will arrive at Elvis at The O2 Exhibition in time to celebrate its 60th anniversary year and marks the first time that the car will be on display outside of Graceland. Bought by Elvis on 7th July 1955, the car was originally blue with a black roof, but Elvis had the body work re-painted pink to replace the first pink Cadillac, which had been destroyed after brake lining had caught fire and set the car alight while Elvis was driving back from a gig on 5th June 1955. The car kept its black roof until an accident in September 1955. It was then that Elvis had the upholstery replaced, the body work retouched and the roof painted white.

Priscilla Presley who opened the exhibition at a star-studded gala last year says: “The Pink Cadillac meant so much to Elvis and his mother Gladys, and became one of the most famous cars in history. It’s indeed exciting to bring this iconic car to the Elvis At The O2 Exhibition and have it on display for the first time outside of Graceland, as we mark its 60th anniversary year. The response to The O2 Exhibition has been extraordinary, so my daughter Lisa and I are very pleased that we can extend its run, to ensure that everyone gets a chance to see all of the treasured items from Graceland up close, and experience the man and artist in such a memorable way.”

Elvis Presley’s Pink Cadillac has been on permanent display at Graceland for over 30 years, formerly under a carport adjacent to the mansion before being placed in the Elvis Presley Automobile Museum at Graceland. The car was once again brought to the front drive entrance of Graceland in June 2006, during a visit of President George W. Bush and the Prime Minister of Japan, Junichiro Koizumi.

The exhibition organisers are pleased to announce that the exhibition, the largest Elvis retrospective ever mounted in Europe, will now be extended until 10th January 2016, to ensure that fans of Elvis can celebrate his birthday on 8th January.

Exhibition curator and Graceland Director of Archives Angie Marchese says: “We’re thrilled to be bringing Elvis’ legendary Pink Cadillac to The O2. This car had such a close link to Elvis and his mother, Gladys, as well as his entourage, who often drove it. It’s been referenced in films and songs for decades and now it comes to London for everyone to see. We’re delighted that the exhibition is now extending to 10th January to ensure that fans can mark what would have been Elvis’ 81st birthday on 8th January.”

Elvis at The O2: The Exhibition of His Life chronicles the rise of the rock ‘n’ roll icon and how Elvis impacted popular culture around the world through his music, movies and personal style. With over 300 artefacts direct from the Presley’s treasured Graceland Archives, the incredible collection includes automobiles, personal items, historical documents, iconic stage costumes, guitars, photography, as well as gold and platinum records. In addition to dazzling audio and video presentations, even the famous pool table Elvis played on with The Beatles is on display. The Pink Cadillac will be displayed at the exhibition alongside the 1956 Lincoln Continental in the main hub of the exhibition for several months, before it returns to Graceland in Memphis.

Other items from Graceland seen in London for the first time include:

In this article:Elvis Presley, O2