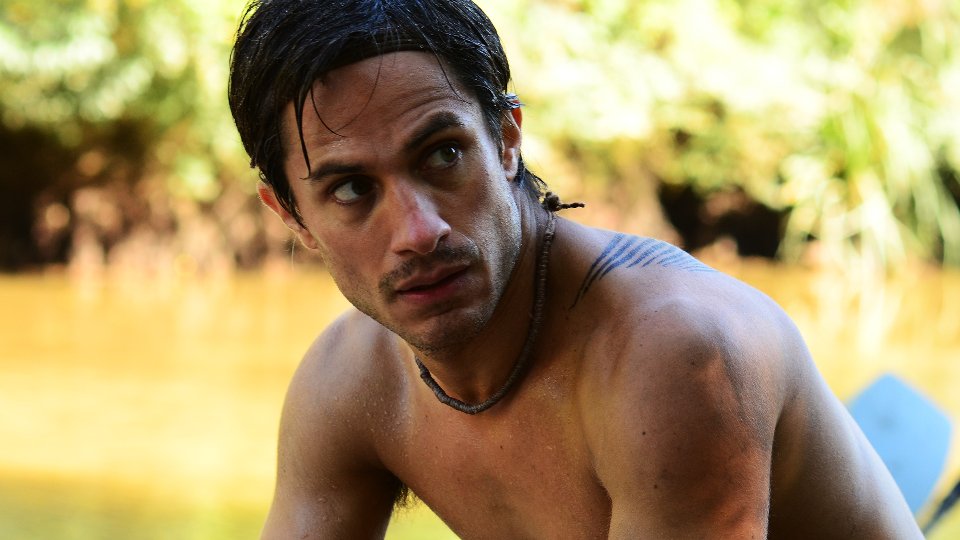 Gael Garcia Bernal is one of our favourite actors and we’re always interested in anything he’s involved in.

From Y Tu Mama Tambien through to the recent Amazon Prime series Mozart In The Jungle, Gael always gives a remarkable performance. For his latest role he stars in Argentinian director Pablo Fendrik’s tale of revenge, The Burning.

Kai (Garcia Bernal), a mysterious and mystical figure, emerges from the Argentinean rainforest to rescue Vania (Braga), who has been kidnapped by mercenaries. Together they face off against the men who have ruthlessly murdered Vania’s father, a poor farmer, and taken over his land.

Part love story, part western, Fendrik turns this latter genre on its head as so-called civilisation becomes a destructive force over both the rich jungle setting and the communities living within it.

Judging from the trailer that was released this week, and the stills we’ve got our grubby little mitts on, it looks like there’s plenty of shirtless action to look forward to. Gael is looking hotter than ever.

Take a look at some stills of Gael shirtless from the movie below:

In this article:Gael Garcia Bernal, The Burning