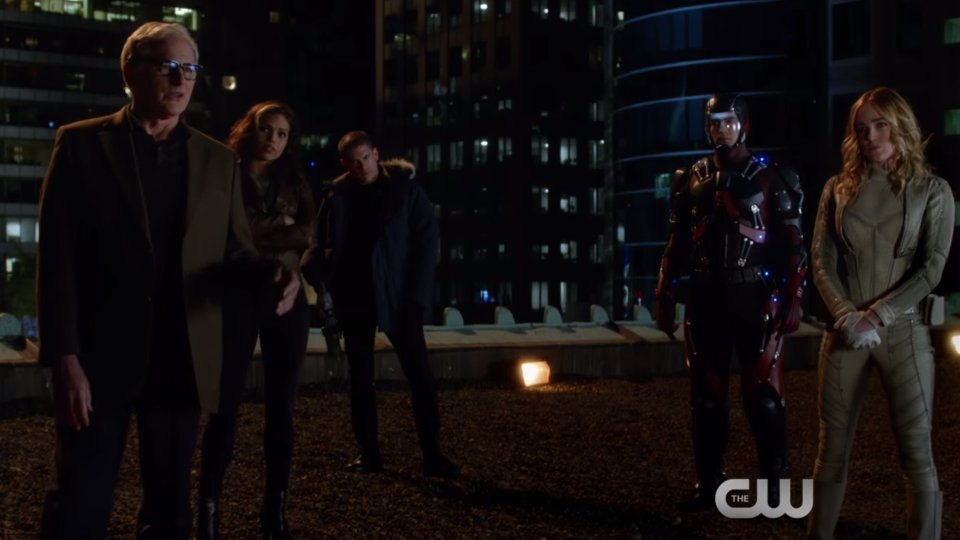 Hot-on-the-heels of the release of the first cast image, DC’s Legends of Tomorrow has unleashed its first-look trailer.

The show also features the return of Caity Lotz as Sara Lance aka White Canary. Fans of Arrow will know that Sara died at the beginning of the third season of the show and her return is explained in the new trailer.

When heroes alone are not enough… the world needs legends. Having seen the future, one he will desperately try to prevent from happening, time-traveling rogue Rip Hunter is tasked with assembling a disparate group of both heroes and villains to confront an unstoppable threat — one in which not only is the planet at stake, but all of time itself. Can this ragtag team defeat an immortal threat unlike anything they have ever known? DC’S Legends of Tomorrow stars Victor Garber (The Flash); Brandon Routh (Arrow); Arthur Darvill (Doctor Who); Caity Lotz (Arrow); Ciarra Renee (Pippin); Franz Drameh (Edge of Tomorrow); with Dominic Purcell (The Flash); and Wentworth Miller (The Flash).

DC’s Legends of Tomorrow is set to debut on The CW in the US in 2016 and should follow in the UK soon after.

Advertisement. Scroll to continue reading.
In this article:Legends of Tomorrow