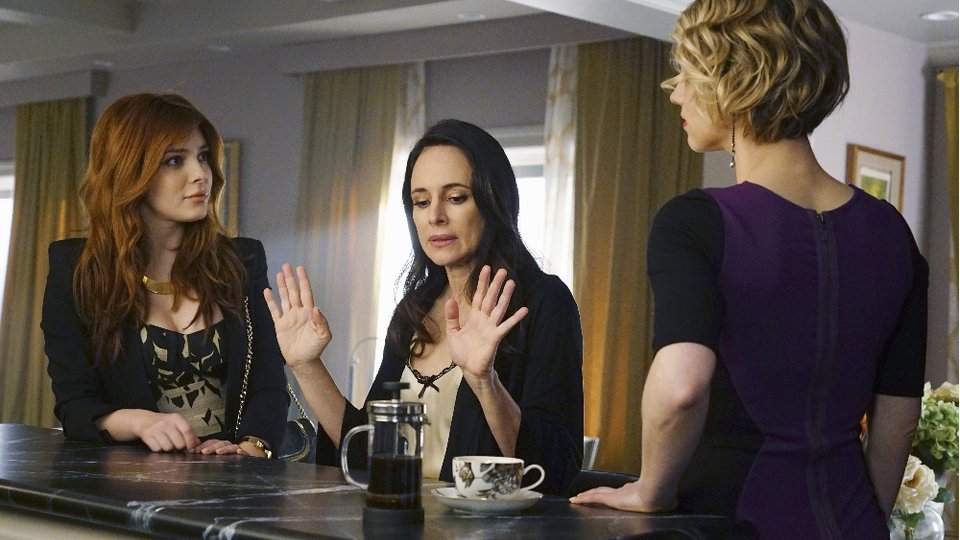 Battle lines were drawn in the latest episode of Revenge as Emily (Emily VanCamp) and Victoria (Madeleine Stowe) prepare for their final showdown.

Emily did a whole lot of damage control as she revisited the relationships she has with the people around her and tied up some loose ends so that he future isn’t jeopardised now everyone knows her true identity. After discovering Victoria was going to do a televised interview, Emily beat her to it and told the truth about Victoria’s role in Aiden’s (Barry Sloane) death.

Elsewhere in the episode Nolan (Gabriel Mann) discovered that Louise (Elena Satine) had stolen information about his work with Emily, Margaux (Karine Vanasse) came clean and admitted that Emily didn’t push her in front of the taxi, and a mystery person circled Emily’s face in a newspaper as the episode drew to a close.

The next episode of the season is Burn. After being brutally attacked, Victoria reaches her breaking point and takes matters into her own hands. Louise causes a scene at a charity event.