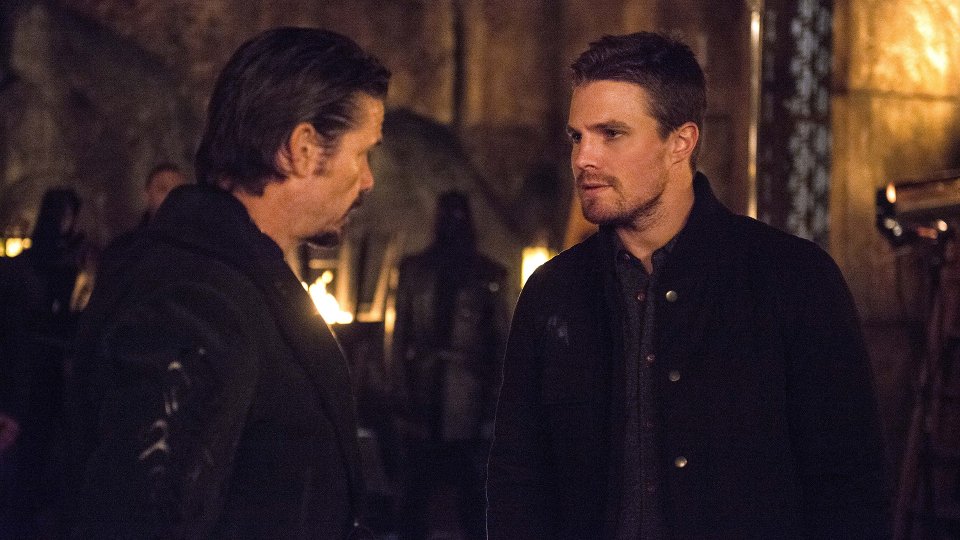 The latest episode of Arrow served up not one, but two shocking twists.

Following Roy’s (Colton Haynes) decision to confess to being the Arrow in order to save Oliver (Stephen Amell), Captain Lance (Paul Blackthorne) still wasn’t convinced that Oliver wasn’t the mastermind behind it. As Roy arrived in prison he was targeted by the inmates and stabbed. Thea (Willa Holland) was told of his death but it turned out it was all a rouse set up by Diggle (David Ramsey) and Felicity (Emily Bett Rickards) and Roy was alive and well.

Oliver was let into the plan and waved Roy goodbye as his sidekick left Starling City (for good?). As if that wasn’t heart-breaking enough Ra’s (Matt Nable) showed up at the end of the episode and drove a sword through Thea leaving her for dead.

Elsewhere in the episode Oliver enlisted the help of Ray (Brandon Routh) to fight off metahuman Jake Simmons (Doug Jones).

The next episode of the season is The Fallen. The team return to Nanda Parbat when Ra’s al Ghul makes Oliver an offer. Felicity, meanwhile, takes matters into her own hands.