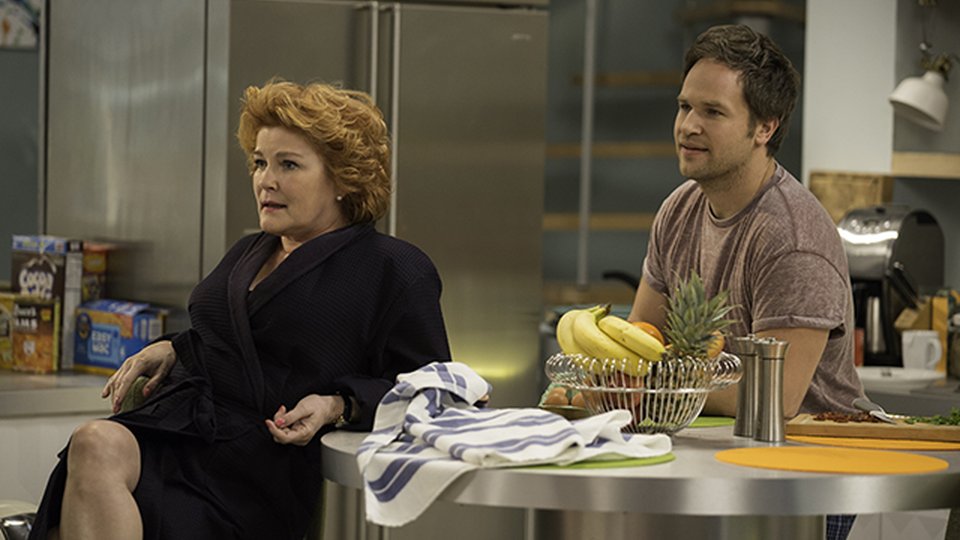 Scarlet gets a break from her hero – powerful magazine editor Joanna Vermouth. But when Tommy gets involved, her entire career is at risk. Meanwhile Anna wants Enrique’s bedroom and convinces him it’s haunted. Kate Mulgrew plays Joanna.

We’ve got two clips from the show featuring Kate who plays the role of Joanna. You can see her in action and get a taste of what’s to come ahead of the episode airing tonight. It looks like she may well steal the show…

I Live With Models airs tonight at 9.30pm on Comedy Central. Watch the two clips below:

Advertisement. Scroll to continue reading.
In this article:I Live With Models, Kate Mulgrew