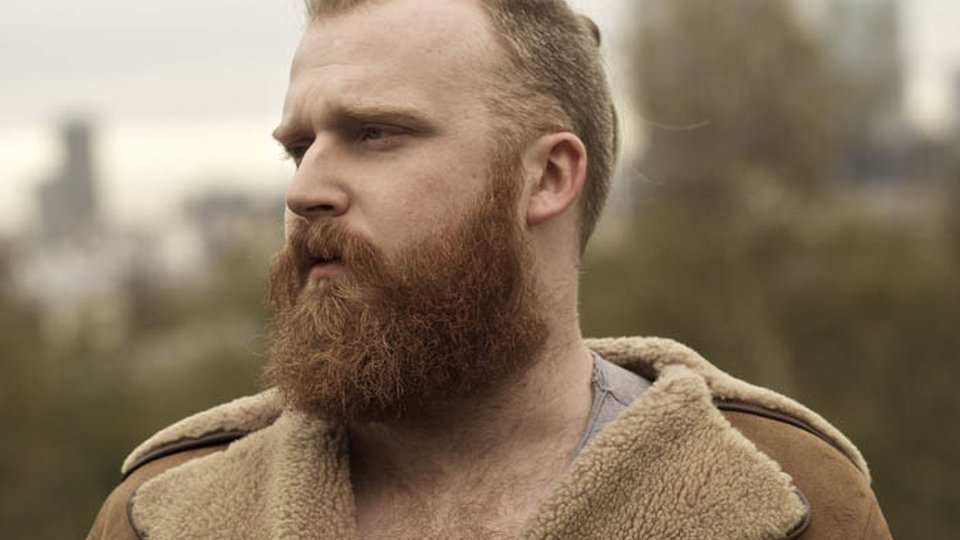 We’ve been raving about Tom Figgins to everyone who will listen to us, ever since we saw him playing live at The Troubadour, last July. Backed with only himself and a guitar, Tom’s performance and songs blew us away in every way. His debut single, Let Your Roots grow was a strong, moody, melodic number, which got a lot of people talking and a lot of people who wanted to hear more of his work and to find out who this man was.

Tom is about to release his latest single, Rain On Me, which has gained strong support across the BBC Radio networks and people are really starting to take note of him. We’re going to be keeping an eye out for future performances by Tom, as he just puts on such a great gig, full of passion and energy. He is a joy to watch and listen to, live. We love his latest single Rain On Me, but we also adore his song Mother, which when witnessed live, gives you chills. Mother is likely to be a future single and definitely a song to look out for when it’s released.

Here is our interview with Tom Figgins.

Tom, the last time we met was last July – how have you been?

Time has gone fast! We cut the new record, which out in March 16th and the song is called Rain On Me, which is the new single, which I’m really excited about. I’ve done a lot of cool things and worked with some great people and done some pretty cool gigs.

Do you have a favourite song to perform live?

There’s a new track called Mother, which we’ve been playing at the moment. (EF readers, look out for this track, we heard Tom playing it at Cargo in Shoreditch recently and it’s amazing!) It’s going to be a single in the future I think. That’s a cracker. But Rain On Me finishes the set and gives me an amazing vibe.

Were you pleased with the reaction that Let Your Roots Grow received?

Yes, so pleased. I couldn’t believe it. We got so many lovely reviews and it was just amazing. They say that the music industry is like a massive ice wall and it really felt like I stuck my first pick in it and I started to climb.

You performed at the Edinburgh fringe last year, how was that?

It was incredible. We did a show called The Duck Pond with a theatre company that Im a part of With Wings Theatre. We did a version of Swan Lake, set in a travelling Russian fair. I played a very angry Russian! We couldn’t believe with the acclaim that we got. We went praying that we’d sell out one show. We sold out the first day and thought that we shouldn’t get ahead of ourselves, but in the end we sold out every day! Mother was actually written for the show. They said they wanted a song in this mould, I wrote the song in 20 minutes and it hasn’t changed since then.

Tell us about your new single Rain On Me?

I’m really edited about it. It’s got a lot of drums on it. It’s got quite a Celtic vibe to it. I went up and recorded this single on the day of the result of the referendum in Scotland. So I went up on the train and I thought I wouldn’t be allowed back, if I got to the border and they’d tell me to swim, you know? Haha. But it was a very interesting vibe up there that day and there’s a bit of a Celtic vibe on the track, which is really cool. I’ve been gigging the track for quite a while now and it’s wonderful to hear it in it’s fully fledged form. I’m really pleased with it.

What was it like working with Matt Owens (Noah and the Whale)?

I’ve just been in the studio with Matt Owens and it’s been fantastic, his stuff sounds great. It was a really fun two days. I met Matt when I was in Ireland for New Year’s Eve in a tiny little fishing village. It was a very fortunate meeting and he asked me did I want to be involved in working together to make a record.

How did you happen to be in the same bar as him?

Well, we happened to meet some very drunk Irish people. They adopted us and invited us there. We got there and it was absolutely full to the rafters. I think their capacity was about 40 and there was about 180 people crammed in to this pub. Matt was paying with huh new band, The Little Mammoths and I went to introduce myself and he’s been down to see my performing at The Troubadour, so yeah, it’s been all good.

Are you likely to be performing at The Trobadour anytime soon?

I’ve done a couple of gigs there this year and we are looking at getting the residency back. But I’ll hold my tounge on that one until we get further plans.

What are your goals for this year?

In this article:Rain On Me, Tom Figgins