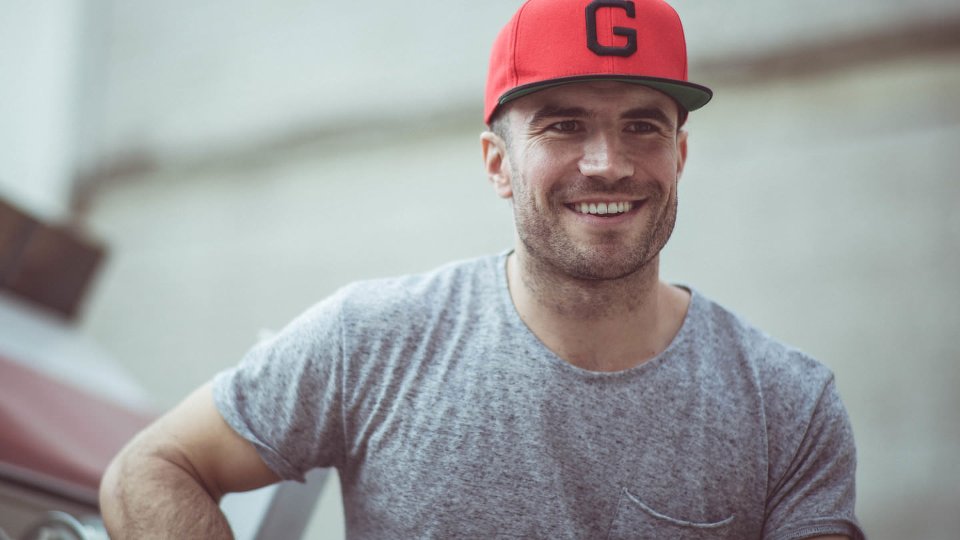 Rising country star Sam Hunt is creating quite the buzz at the moment. In the US his name is inescapable with his breakthrough hit Leave The Night On having topped the US Country and US Country Airplay charts selling over 1 million copies. With his latest single Take Your Time clinching him his second number 1, Sam made his live London debut over the weekend performing three times during C2C: Country To Country. Last night he performed his first UK headline show at The Borderline to a sold-out, and enthusiastic, crowd.

Arriving on stage shortly before 9.30pm, Sam was met with raucous screams from The Borderline audience. He opened his set with the punchy Ex To See, a song that sounded a little more rock in a live environment than it does on Sam’s debut album Montevallo. Sam kept the energy up with his breakthrough hit Leave The Night On, a song that we’re hoping will finally get a UK release, and the crowd sang along to every single word.

In the middle of his set Sam paid tribute to his influences. He’s often spoken about his love for 90s R&B as well as traditional country music and pretty much everything in-between. The acoustic medley he played with his band featured classic hits such as Destiny’s Child’s Say My Name, Cyndi Lauper’s Girls Just Wanna Have Fun and Reba McIntire’s Fancy. It’s clear to hear these influences in Sam’s music and it was fun to see him performing such a mixture of classic tracks.

Sam also included We Are Tonight, a song he wrote for Billy Currington, and mashed it up towards the end with Rihanna’s We Found Love.

Highlights across the performance included the soaring mid-tempo Cop Car, a song Sam wrote that was recorded by Keith Urban and also features on Montevallo, the romantic R&B tinged Speakers, and Sam’s latest single Take Your Time. House Party raised the roof off The Borderline with Sam jumping off stage and climbing his way across one of the venue’s ledges and shaking hands with fans.

The night came to a close with Break Up in a Small Town, one of the standout tracks from Montevallo. As the final bars of the song arrived, Sam basked in the appreciation from the audience before exiting the stage triumphantly having thoroughly entertained for an hour.

There was something quite special about seeing Sam in a venue as intimate as The Borderline. We’ll be surprised if he plays a venue that small in the UK again but it was a real treat to get up-close and personal with one of the most exciting emerging country stars in the industry. Traditional country music fans may argue that Sam’s sound leans more towards pop or R&B but you can hear the country roots at the heart of every song. Sam’s performance last night was energetic, charismatic and vocally solid, and we’re sure it’s going to be one of those shows people look back on and recall the time they saw him before everyone knew his name.