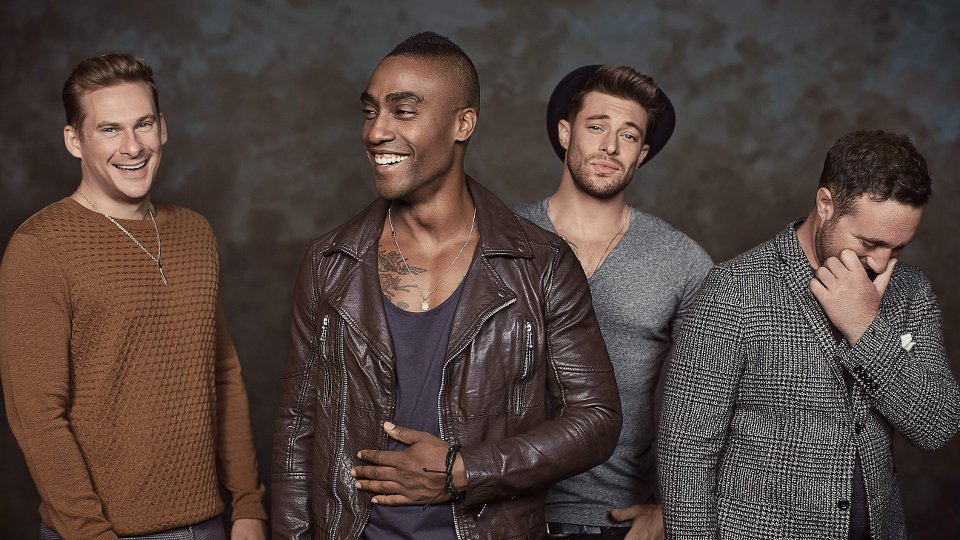 Ahh, Blue! Move over boybands of today, as one of the original and best – Blue, are back with a brand new album. Blue have sold over 16 million records worldwide, 11 top ten singles, had three number one albums and two Brit Awards. They have collaborated with pop royalty like Sir Elton John and Stevie Wonder and represented the United Kingdom at the 2011 Eurovision Song Contest. More recently, they have been on the small screen, in their very funny show, Blue Go Mad in Ibiza, which gives us more than an insight in to their friendship and the fun that they share when they’re together.

We are very pleased to hear that after their various projects, from presenting, acting and appearing on Strictly Come Dancing, they are back together and about to release a brand new album for us to get our ears around, in the shape of Colours, which is their fifth album release. Having been around in the music industry for so long, it seems strange that this is only their fifth album! It’s so good to see them back with a new album. The album has been written and co-produced by the incredible Brian Rawling, whose back catalogue of work reads like a who’s who and he has worked his magic all over this album.

Colours is a much more mature sound for Blue. In the past, they have done tracks with a poppier-soul feel, this time it seems that the angle they were aiming for was to go back to their roots and produce music full of soul. The album is full of lush harmonies, full of warmth and it is the most mature sounding album they have made to date. The first single from the album, King of the World is instantly infectious and makes you want to sing along to it. It has a distinct Motown feel and Simon’s vocals open the track like silk, the catchy harmonies start gliding along the tracks and each get a chance to blend together, such a gorgeous and up-beat number to open the album up with.

Flashback is a really strong song, which everyone will love. There is a mix of blues on this album, but they all have a generally, chilled out, no worries vibe about them, a very mature and relaxing vibe. A future hit can be found in the shape of Nothing Like You. Lee Ryan’s vocals sound stunning on I Don’t Want to Talk About It, it is such a flawless cover, we absolutely love it and it’s one of those we just want to keep listening to over and over again, well done Lee. There are a fair few covers on the album, including If You Don’t Know Me By Now and Hang On In There Baby.

With only 10 songs on the album, we would have liked a fair few more, especially as some of the songs are cover tracks. It is a welcome return back from Blue however, who are sounding as divine as ever, but also more grown up than ever before. We’re looking forward to hearing those glossy harmonies live and can’t wait to catch them on their tour, which kicks off in a couple of weeks time.