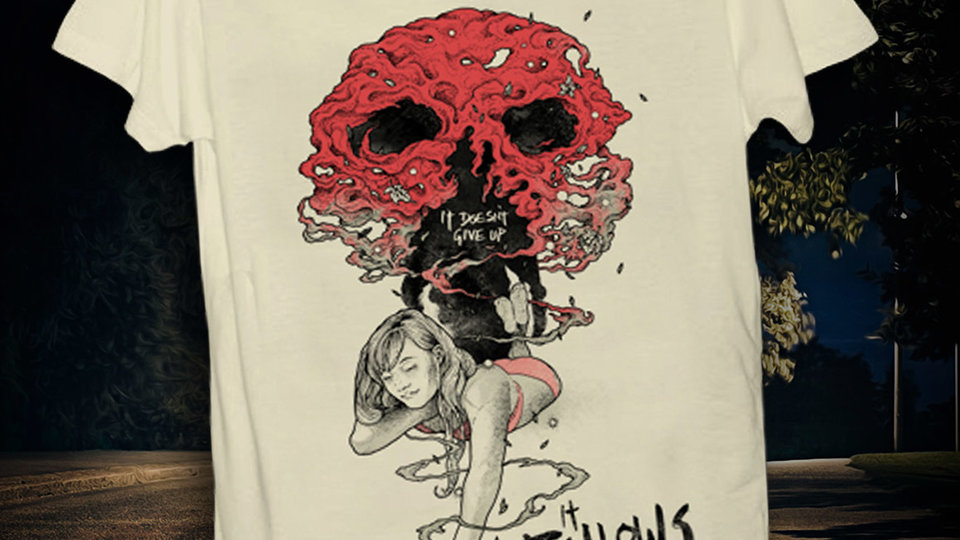 The breakout film from the 2014 Cannes Film Festival, It Follows is a contemporary horror exploring teen sex, suburbia, and the stuff of nightmares – a cult classic in the making from one of the most exciting filmmaking talents around.

For 19-year-old Jay (Maika Monroe), the fall should be about school, boys and weekends at the lake. But after a seemingly innocent sexual encounter, she finds herself plagued by strange visions and the inescapable sense that someone, or something, is following her. Faced with this burden, Jay and her teenage friends must find a way to escape the horrors that seem to be only a few steps behind.

It Follows is coming to UK and Irish cinemas 27th February.

We have one limited edition It Follows T-shirt to give away, courtesy of Icon Film Distribution.

Jason Palmerhttp://www.entertainment-focus.com
Jason is a film contributor for Entertainment Focus (EF) bringing you the latest news and reviews from the movie world.
Previous article
Win Focus merchandise
Next article
Win The Necessary Death of Charlie Countryman