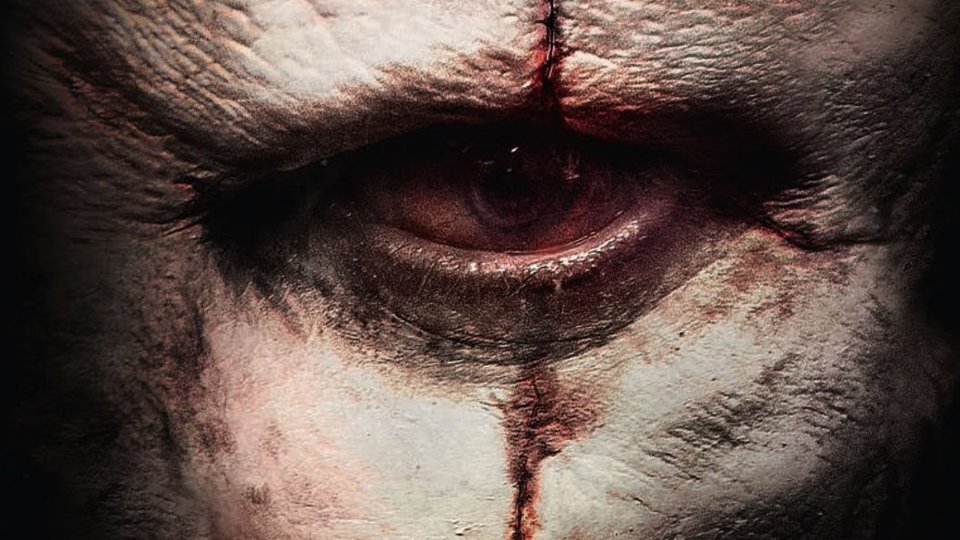 It’s Jack’s 10th birthday, but the clown he requested has cancelled. Step forward his loving dad who has found an old clown suit in the attic. After the party Kent finds that he can’t remove the suit though. It may look funny to outsiders, but Kent can feel himself changing. The brutal and agonising transformation is consuming him quicker than he imagined. Soon he finds he has an overwhelming and insatiable hunger….for children.

Coulrophobia is the fear of clowns and has been on the increase over the past couple of decades. Manly because of how we now perceive clowns, gone are the days of them making us laugh and throwing empty buckets of water. Now it’s the hideous and grotesque clown outfits that are used in horror movies and TV shows – much like this one.

As a horror concept, it’s basic but done very well. The initial slow transformation starts out with plenty of laughing and joking, alongside a couple of gory moments. But as with most horrors, it lures you into that false sense of security because soon it changes the mood and goes full out horror. This is where it finds its feet; the once playful make-up and red nose are given way to a hauntingly deranged man with an outfit and cosmetics that could scare even Freddy Kruger. But it doesn’t stop there, as the movie creates a sense of claustrophobia of being stuck in some clothes that won’t let you escape.

There’s a laugh and joke when he tries to saw off the outfit, but then as the collar on the suit tightens so too does the atmosphere of the movie. Imagine never being able to escape from something that is so simple to remove in everyday life and soon the realisation of what is occurring happens. There is no escape, in fact it’s about to get a whole lot worse.

Then comes the gore and whilst not relentless it is still enough to keep the horror fraternity happy. It’s more splatter than full on buckets. Harking back to those B-movie’s of the 80’s with its styling and dirty movie making. A particularly ‘gore-fest’ moment is the segment in the playground, an area reserved for fun and frolics with youngsters now turned into a hunting ground for the clown as he seeks fresh meat for his feasting. The ending brings about a face-off of good vs. evil that creates a repulsive battle of wills.

Yes, Clown is essentially a one-thought movie. Yet it’s oppressive atmosphere and deranged clown antics make for some fun moments in a manner that is both jokey and also gory.