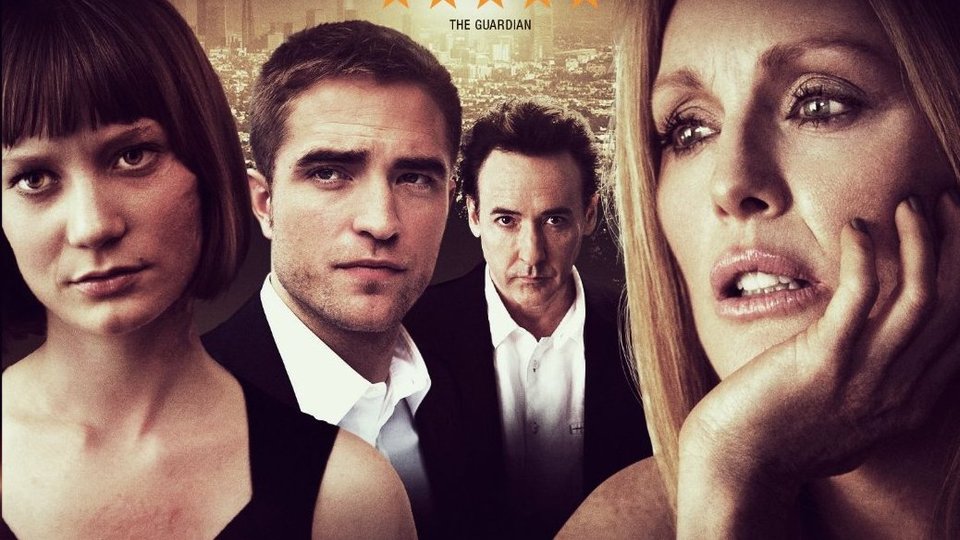 Hollywood dynasty family The Weiss’ are archetypal Hollywood people – Dr Stafford Weiss (John Cusack) is a psychotherapist that has made millions from his self-help books. His wife Christina (Olivia Williams) is the overbearing mother of their thirteen year old son Benjie (Evan Bird). Also fresh out of a psychiatric hospital is their estranged daughter Agatha (Mia Wasikowska), who is making friends with wannabe actor but full time limo driver Jerome (Robert Pattinson), and has landed a job working for neurotic actress Havana Segrand (Julianne Moore). Hollywood may be different from the outside, but inside it’s all the same.

Director David Cronenberg, once the master of body horror films, has turned his attention to a subject that is always in the media spotlight – Hollywood. Some would say that effectively he hasn’t left body horror movies but is actually making them under a different genre name. Certainly the Hollywood obsession with bodies and everyone trying to be the best they can be and constantly searching for the adulation from around the world is prime meat for someone of Cronenberg’s reputation.

Initial openings of the film pitch it as weird and wondrous but as time moves on we discover that ultimately this isn’t weird but rather the norm amongst those with fame-seeking issues. Sure it gives a slight alternate slant more than a straight up movie might do, but Maps To The Stars manages to get under the skin of the subject more than most movies might be able to. The look at the suffering of the once proud parents, the view of an actress on the wane but refusing to admit it, the young newcomers to Hollywood who despise what fame has turned their parents into – the overall drama soon boils over into psychoville and it moves the film along to an entire different place – somewhere dark and sickening.

Cusack struggles to come out of the kooky neurotic guy that he usually plays for a role that demands more from him. Moore’s aggressive actress is etched in real life and she looks to be going overboard with frothy performances. Mia Wasikowska once again proves that she can take a multi-layered role and give every angle a different feeling. Do you love to hate her or hate to lover her? The intriguing performance comes from Robert Pattinson who manages to keep it quiet and dignified in his man on the outside role. He never reaches for overbearing attitude and instead relies upon the small gestures and intimate silences within the character.

As Maps To The Stars rolls along we see a glitzy Hollywood that soon turns into a nightmare of dark problems and resentments. It is the ultimate look at the real issues that plague Hollywood and have done for decades. Constantly re-affirming themselves as worthy and the need to be loved all folds into itself once they realise that world has given them fifteen minutes of fame and has spat them out the other side.

In this article:Maps to the Stars