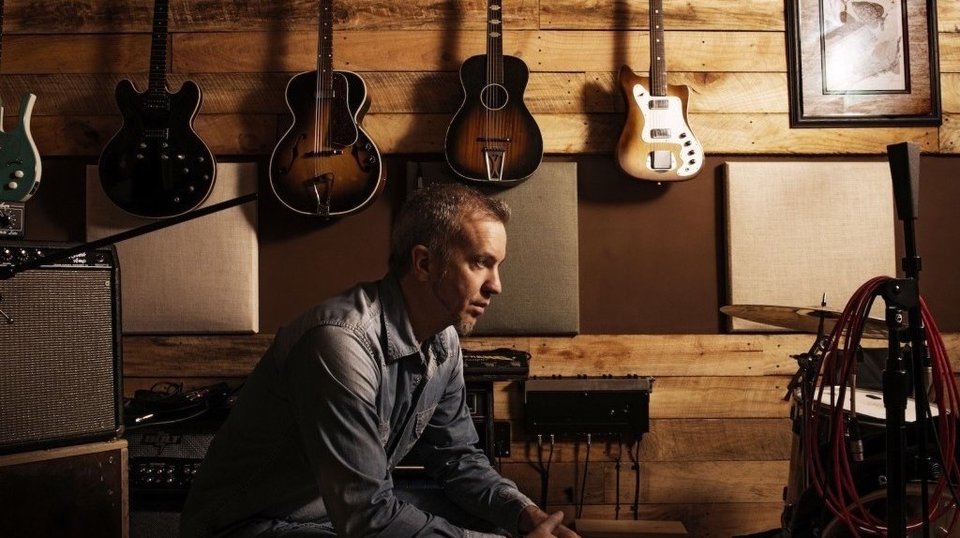 JJ Grey is a man who is passionate about making music that’s true to his upbringing and full of integrity. A third of his year will be spent on the road, playing to audiences all over the world. In between all the worldwide touring and busy schedule, he’s managed to record a whole new album. Ol’ Glory is the seventh release and contains twelve new songs for us to get our ears around. The album features songs with a warm blend of soulful blues, rock, folk, funk, gospel and R&B. The personal and Southern inspired tales that permeate throughout the album have become synonymous with JJ Grey & Mofro’s body of work.

The material on Ol’ Glory contains a lot of recording which make you feel like home. The album seems to feel as though it is about finding happiness with where you are in life and enjoying the moment. It’s the type of album to put on where you have to take a backseat and think, “Yeah, life isn’t bad at all, aren’t we lucky”?

JJ is an avid surfer and often spent mornings at the beach, before returning to record the album in the afternoons, feeling inspired. It’s a winning combination that glitters all over the album, as the freedom can be felt when listening to the inspired recordings. Listening to the album gives you that sense of freedom and peaceful, happiness. Special guests on the album include Luther Dickinson on Dobro and electric slide guitar and Derek Trucks on electric slide guitar. Here is our interview with the great guy himself, JJ Grey.

Welcome to London! How are you doing today?

I’m doing great! Thanks for asking!

You’ve got a new album out next month, can you tell us a bit about your new album: Ol’ Glory?

I can tell you that it was a blast to be able to have the opportunity to work with all the people who made it come to life. This is my seventh album and the first album to be released on Mascot/Provogue. I’ve progressively made an effort with each album to try and capture more of the spirit of what we do live and I think this album is the closest yet in that regard. I’m really looking forward to getting out there and touring behind it.

I’m not saying this as a cop out but all of it was my favourite moment. There were so many times I thought wow when I heard what the guys were playing. It’s a joy to hear people interpret your vision and then bring it to life in their own way.

How would you describe the album to someone who is yet to hear it?

I wouldn’t even attempt to describe any of the albums I’ve done. About the most anyone would get out me in that regard is to hear me quote my buddy Dan Prothero who has produced all the albums from day one. He calls it all “front porch soul”, that’s good enough for me.

What inspired you to write Every Minute and where do you get such positivity from? What makes you happy?

I was in Jamaica having breakfast with some friends from the band Galactic. We were doing a cruise festival called Jam Cruise at the time. Off in the distance I could hear some song playing and all at once I was intensely aware of how lucky I was (and still am) for being surrounded by great people and for getting to live out a dream. I’ve met a lot of people doing this and I haven’t really met a jerk yet, for that I’m grateful. I’m also grateful to get to do what I do every night. To play music with such great players and great people and to have the family and the friends that I have? Yeah, I’m definitely loving every minute of living.

You are a natural storyteller, where do you mostly draw your inspiration for your songs from?

Out of thin air, I guess. These songs write themselves. I feel weird taking any credit for them because they literally feel like they write themselves. I man the rudder a little but I mostly rely on the wind and the current to take me where I need to go. I grew up in a culture of storytellers but then again, I think every culture has storytellers. I used to listen for hours to Jerry Clower’s Live from Picayune, Mississippi. When I was a kid I could recite the entire album from start to finish. I could also recite Brother Dave Gardner’s, Kick Thine On Self from start to finish as well. My dad (and just about every other southerner) had those albums in the house when I was a young’un and they were a mainstay for me. Those guys were real deal storytellers, I just hope some of that rubbed off on me.

Do you have a favourite song on the new album?

It depends on what mood I’m in.

You play over 150 shows a year, what’s the best thing about being on the road?

The best thing is sharing an honest moment with everyone at a show. With the audience, the band, the crew, the people working at the venue and literally everybody. To get so in your own skin that you feel like you start occupying the space around you and when you look up everybody else is doing the same thing. That’s when the show starts playing itself. That’s when an unforced smile spreads across my face because I look around and realise how wonderful it is to share an honest moment with anyone. A great audience can take a band where they’ve never been before as musicians and vice a versa sometimes. In the end ain’t nobody gonna get there till we all get there.

What are your thoughts before you go on stage and when you come off?

Nothing special. I remember a line in the movie The Adventures of Buckaroo Bonsai he says “wherever you go, there you are”. I feel the same way. Wherever I am that’s what I’m doing. When it’s time to go onstage then that’s where I’m at. I don’t really feel that what I do is more or less important than anything that anybody else does so I don’t have any extra or special thoughts about it before, during or after.

Do your European fans act differently in comparison to your American ones, when watching you live?

I love European audiences! They are very attentive and at the end of the show we can still turn it into a dance party or a rave up. That’s like going from a butterflies wings to a 747 in the same show. That’s something that the audience does, not the band. We play but the folks in the room light the way.

How important to you are the environmental foundations that you are involved in, including: Snook, Surfrider and the St John’s Riverkeepers in your native Jacksonville, Florida?

I’m happy to be involved. They all do great things in helping to keep a sane relationship with the so-called environment at home. I say “so-called” because one could argue that there is no environment separate from us and the idea that it is separate is what’s led to it being abused and then tossed for the appearance of personal gain, in the first place. I’ve been as guilty of this as anyone. We can all, if we’re not careful, put on blinders and get so focused on the carrot that we lose our peripheral vision. I’m glad there are people out there willing to holler out to “Stop!” so I or anyone else won’t drive over a cliff. I also like organisations that work on solutions rather than just hollering about the problems. My dad used to say, “Just load the wagon and don’t worry about whether the horse might go blind or not”. My take on that is to focus on what’s good first. Then see what needs to be fixed by trying to help create more of that good rather than focusing solely on what’s wrong all the time. I’m down with anyone who’s trying to figure out how to win instead of figuring out how not to lose.

What are you most looking forward to this year?

Living every minute of this movie!