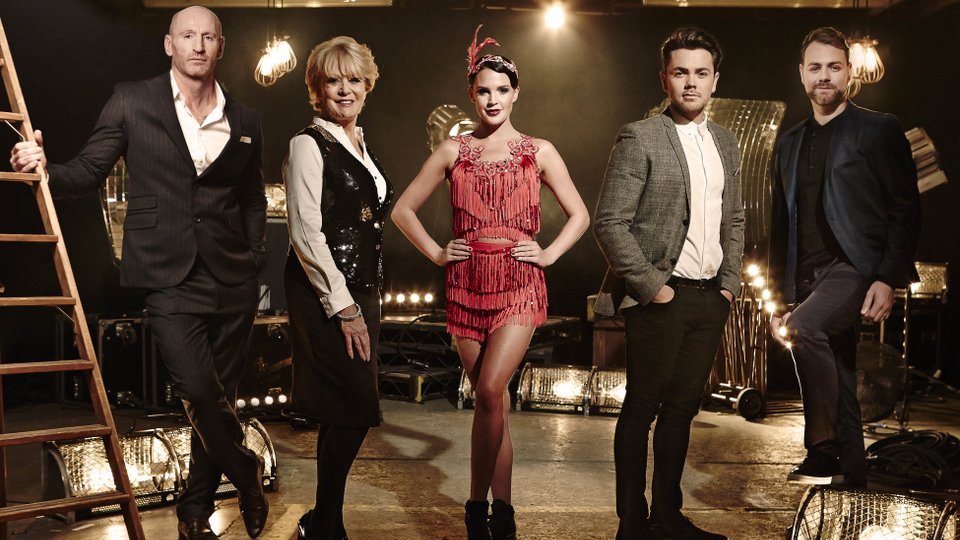 ITV’s new variety show Get Your Act Together kicks off on Sunday night as some of our best-loved celebs team up with some of the world’s most talented variety acts to put on a unique performance.

Presented by Stephen Mulhern, Get Your Act Together will feature five different celebrities every week who battle it out to learn jaw dropping talents, from contortion to fire dancing, ventriloquism to acrobatics, juggling to plate spinning. The celebrities wil receive training from the world’s most talented acts and performers as they master their chosen skill.

During the show the celebrity and their mentors take to the stage to perform in front of the studio audience.

The studio audience will decide which celebrity, along with their mentor, will go through to the final.

Talking about Get Your Act Together, Stephen Mulhern says, “The idea of doing a brand new variety show has always been a dream of mine. I really like the idea of making it stand out with celebrities being taught by speciality acts across the world. It makes it more exciting.”

Get Your Act Together kicks off on Sunday night at 6.45pm on ITV.

Advertisement. Scroll to continue reading.
In this article:Get Your Act Together