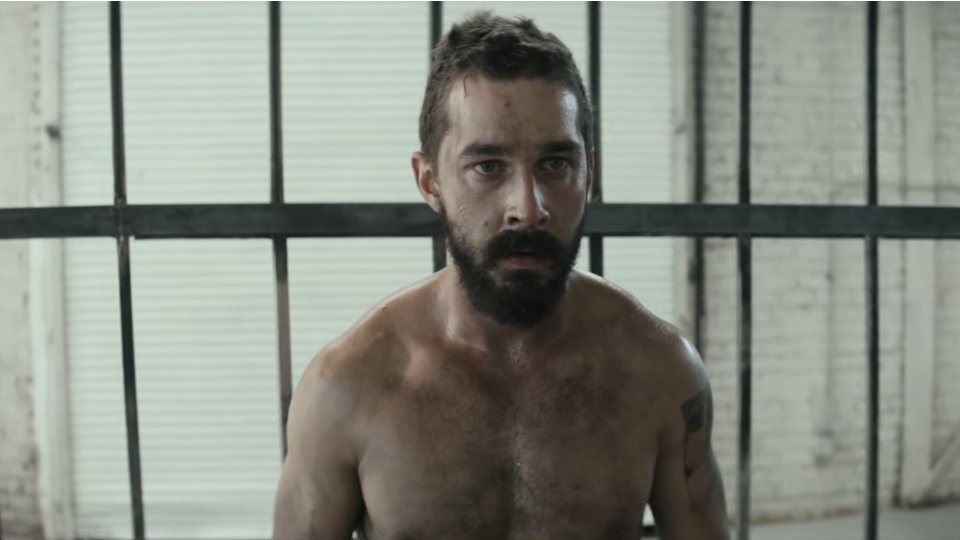 In the video Shia appears in nothing but some tiny shorts and is covered in dirt. He is trapped inside a cage with Maddie who reprises her role from Sia’s now classic Chandelier video. Shia and Maddie both play different ‘Sia states’ during the clip which sees them battling with one another.

Since it debuted the video has already caused controversy causing Sia to answer back to her critics on Twitter. Some have criticised the decision to have a near-naked Shia battling with a 12-year-old girl but Sia admits she knew that not everyone would be comfortable with the video’s content. In less than 24 hours the video has had over 3.1 million hits.

Elastic Heart is the latest single to be taken from Sia’s album 1000 Forms of Fear which garnered much critical acclaim on its release.

Watch the video for Elastic Heart below: