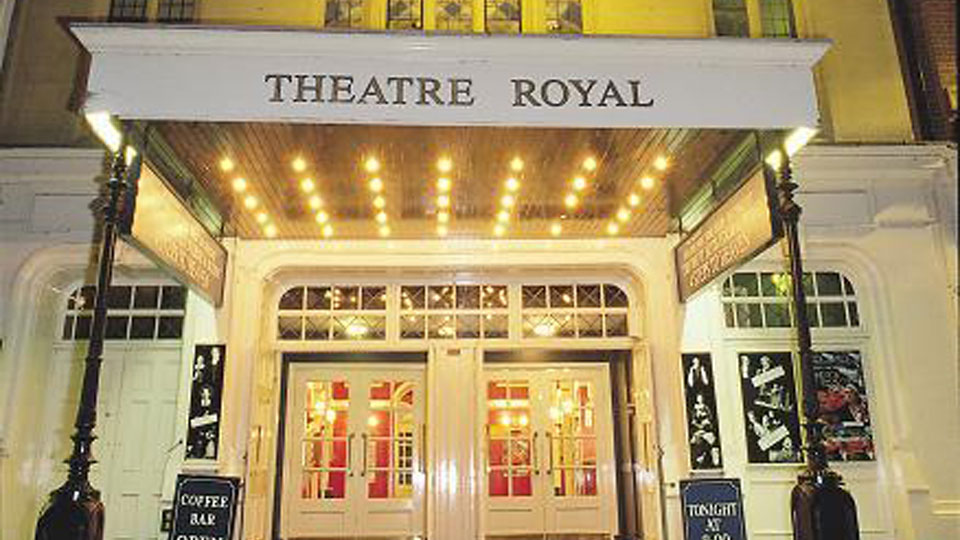 The Theatre Royal Windsor is delighted to announce The Windsor Repertory Season, bringing weekly rep back to the theatre with one company presenting a season of six classic revivals from Tuesday 26th May to Saturday 4th July 2015.

The Theatre Royal Windsor has a strong history of repertory theatre dating back to 1938. When the theatre was converted into a cinema in 1929 to cater for the arrival of the talking pictures, John Counsell, who went on to be the theatre’s director for almost 50 years, lead a campaign to restore the theatre as a playhouse. In 1938, the theatre was successfully reopened and a repertory company was founded with a standing company of actors. The Company remained at the theatre unsubsidised for almost five decades, and in 1988 celebrated its fiftieth birthday; an occasion attended by Her Majesty the Queen.

At 10 Downing Street the Prime Minister and Chancellor are set to announce a puritanical budget, taxing leisure pursuits such as bingo, gambling and night-clubs out of existence. But on the eve of its presentation, an unexpected visitor arrives that promises to change politics forever. This wickedly funny play weaves a tangled web of bonkers politics, dodgy cover-ups and elicit liaisons.

Ross, a happily-married cardiac surgeon, is devastated when his wife announces that she is in love with notorious womanizer Julian Kane. When Ross’ assistant discovers two vials of a lethal cardiac drug missing, shortly before Julian suddenly and mysteriously dies from a heart attack, all fingers point at Ross. But Julian made few friends and many enemies, and before long other suspects emerge with their own particular motive for wanting Julian dead. From the master of suspense, Sweet Revenge is Durbridge’s final and arguably most gripping play.

In an imposing house on a Cornish estuary lives the widowed Stella, a woman of considerable beauty who has resigned herself to a life of relative solitude, regularly rejecting marriage proposals from her sturdy neighbour Robert. But when her daughter Cherry visits, bringing home her husband Evan, Stella is shocked by the immediate strength of her feelings towards this bohemian artist. Evan has awoken something in Stella, leaving her to battle with a passion that must remain unspoken.

A comedy of bad manners, Hay Fever begins with the arrival of four guests, invited independently by different members of the Bliss family for a weekend at their country retreat in Berkshire. But the promise of an idyllic and peaceful weekend is quickly trounced by the self-absorbed eccentricities of the family who leave the guests to slink away humiliated, embarrassed and abandoned. Set during one outrageous weekend of misjudged meetings, secret seductions and scandalous revelations, Hay Fever is widely hailed as a theatrical masterpiece and one of Noel Coward’s greatest works.

Charming, naturally successful in everything, Anthea and Richard almost unconsciously but ruthlessly dominate the lives of those with whom they are associated in business or as neighbours. The seemingly ‘ideal couple’, they can’t help but attract loyal and loving friends. But could being friends with such a golden couple can have its downfalls? Played out in the same back garden over a twelve-year period, this painfully funny play is a marvellous portrait of middle class, middle aged life.

In 1979, Esme Allen is a well-known West End actress at just the moment when the West End is ceasing to offer actors a regular way of life. When her young daughter Amy visits with her new boyfriend, the encounter sets in motion a series of events that will dramatically change their lives forever, and the tremors of which will be felt for years to come. Spanning a period of sixteen years, Amy’s View is a play about women, family, love and loss.

Full cast and creative team to be announced.

Advertisement. Scroll to continue reading.
In this article:Theatre Royal Windsor