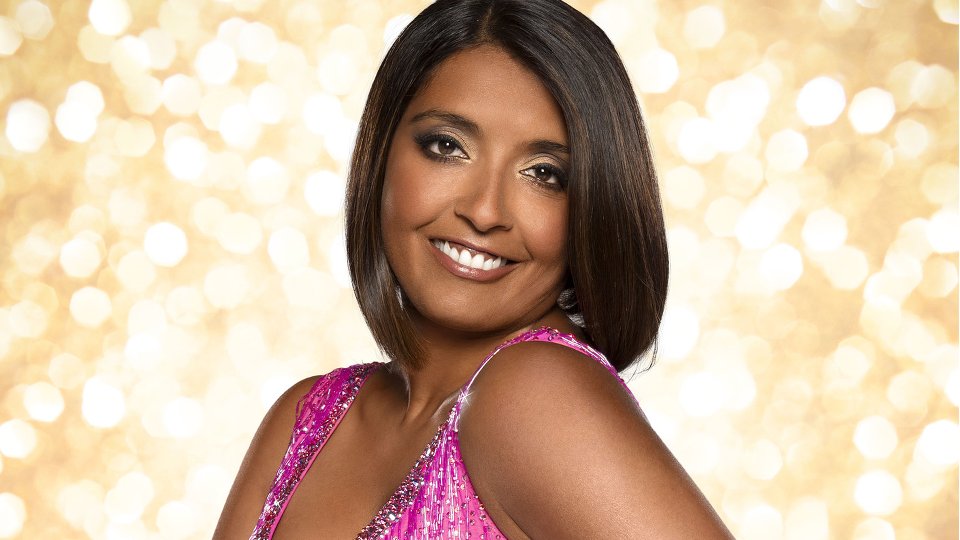 The actress and her pro partner Brendan Cole found themselves in the dance-off against TV/radio personality Mark Wright and his partner Karen Hauer. After both couples danced again it was over to the judges to make their decision about who they wanted to save.

Craig Revel Horwood, Darcey Bussell and Bruno Tonioli all agreed to save Mark. Head judge Len Goodman revealed that he too would have saved Mark.

Talking about her time on the show Sunetra said, “It’s been such a once in a life time opportunity to be able to do this. I’d like to thank Brendan for being just so committed and understanding, and such a natural dancer this guy – you’ve been great – thank you so much for everything. I also want to say a thank you to every single one of the contestants and all the pro dancers for holding my hand so very tightly – love you all.”

Brendan added, “She was a dancer from the beginning, I am extremely proud of her. You should be very proud of yourself to get this far- it’s no mean feat! To reiterate thanks to everyone that works on the show – it’s the best show on television!”

Tonight’s results show featured two live performances. Michael Flatley’s Lord of the Dance troupe opened the show with a spectacular routine celebrating the heritage of Irish dancing and André Rieu and his Johann Strauss Orchestra teamed up with Alfie Boe to perform a classic Italian track.

Strictly Come Dancing 2014 continues at 7pm Saturday on BBC One. Check out all of the action from tonight’s results show in our gallery: