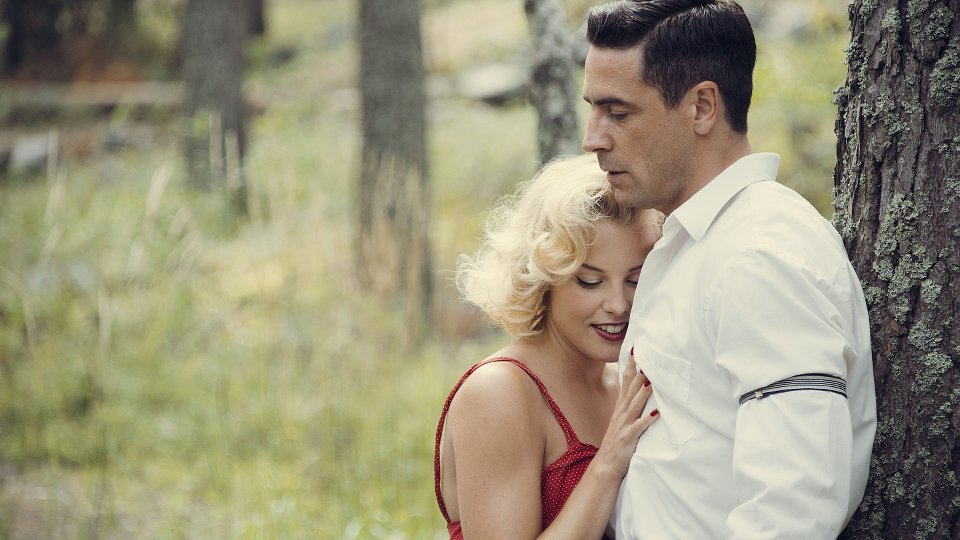 Nordic thrillers are incredibly popular at the moment thanks to shows such as Wallander, The Killing and The Bridge. The latest entry into that genre is Crimes of Passion based on the novels by Maria Lang. The series aired on BBC Four in the UK recently as a 6-part series of 90 minute episodes. It follows the adventures of literature student Puck (Tuva Novotny) who solves crimes with detective Christer Wijk (Ola Rapace) who is the best friend of her boyfriend Einar (Linus Wahlgren).

Each of the six episodes of Crimes of Passion explores a different ‘whodunit’ scenario with Puck and Christer working closely to solve the crime and find out who the murderer is. The series is set in the 1950s and is very reminiscent of Agatha Christie’s work. Opening with Death of a Loved One, Crimes of Passions wastes no time scene-setting as Puck and Einar are invited to spend the summer with her tutor. Soon after arriving a body is discovered and Einar calls in Christer to help solve the case.

Over the six episodes a very clear formula begins to emerge. Crimes of Passion takes on the form of a procedural with Puck and Christer working together as they piece together the clues to the murder which is discovered in the opening minutes. In the last 15 minutes of each episode you come to expect pretty quickly that Christer will almost get his suspect and motivation right but it’s Puck who completes the scenario using her knowledge of crime literature.

Crimes of Passion puts its characters in a variety of situations over the series including the murder of a bride to be, a dead body found in Einar’s hometown during a vacation, and the death of a Nobel Literature Prize laureate’s eldest son. Plenty of characters are introduced with each new adventure giving you plenty of sleuthing to do whilst you watch Puck and Christer trying to find out the truth.

The performances of the main cast, in particular Ola Rapace and Tuva Novotny, are what really holds the show together. The throwaway plots around them are enjoyable enough but it’s the performances of Rapace and Novotny that are really worthy of your time. Rapace evokes a mysterious Don Draper type character whilst Novotny is keen to impress and get to know the real Christer. Inevitably this means that a potential romance is explored which feels a little forced but is clearly a device to drive a wedge between Puck and her boyfriend Einar. Linus Wahlgren is also worthy of note as Einar. He doesn’t get as much to do as the other leads but he has a great presence and his performance is enjoyable.

Crimes of Passion is an enjoyable watch but it isn’t of the same high quality as other Nordic Noir series. If you like Agatha Christie then you’ll find plenty to enjoy here but if you prefer your crime drama with an over-arching storyline and plenty of twists and turns, this likely isn’t the show for you. Strong performances elevate the show and it is good fun but just don’t expect to find the next Nordic Noir great.

Watch the trailer for Crimes of Passion below:

Advertisement. Scroll to continue reading.
In this article:Crimes of Passion