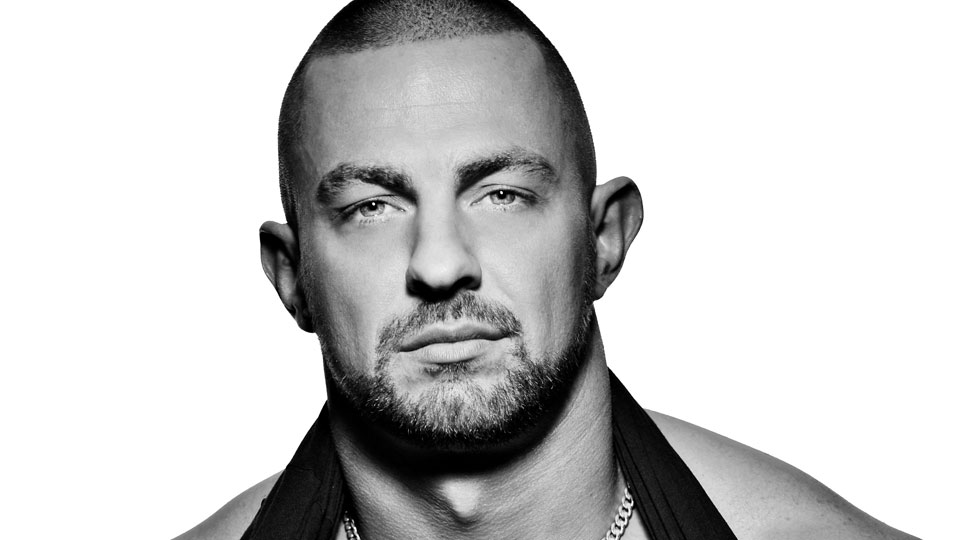 Robin Windsor may be sitting out of this series of Strictly Come Dancing but that doesn’t mean he isn’t heavily involved in the show.

As we know how much you love Robin (and we do too), the Strictly pro will be giving us his opinions on how the couples are getting on after every show this season. He’ll talk about the highs and the lows as well as who he thinks is going to go far in the competition.

We caught up with Robin to talk about Steve Backshall’s surprising performance, Alison Hammond’s connection with Aljaz Skorjanec, and found out who he thinks may make it all the way to the final.

Watching the first live shows as a viewer, how do you think everyone got on during week 1?

Watching as a viewer was quite painful just for the fact that I wanted to be in the studio shimmying along with everybody else. I did find myself to be a bit more critical than normal watching it from home.

Who would you say really surprised you over the weekend?

The biggest surprise was Steve Backshall and Ola especially because he is quite muscly and boy has he got some incredible guns going on there. Once you look past that it was actually very surprising for someone who’s not come from any kind of performance background. I thought he was brilliant.

He really exuded confidence on the dancefloor and looked like he knew exactly what he was doing didn’t he?

He didn’t seem nervous and nerves were the biggest problem for most of the celebs over the weekend. He just came out and just did his stuff, the same as Jake (Wood).

Speaking of nerves they seemed to get the better of Judy Murray out of everybody. How do you think her first dance went?

I think Anton choreographed a lovely routine for Judy and she started off really well. She had a little foot fault and I think that put her off completely. If you watch it back you can see her arms shaking. I felt really sorry for her because once you’re on the wrong foot it’s really hard to get it back in the ballroom. It was lovely but she just caved. I’m hoping that next week she’s going to come out and do an amazing cha cha and give those hips a good wiggle to keep her out of the bottom two.

Do you think that the celebs battling nerves means that we haven’t seen what they’re really capable of in week 1?

The bottom of the leaderboard was so close after the weekend with Scott Mills, Tim Wonnacott, Judy Murray and Gregg Wallace getting similar scores. Who do you think is in the most danger?

I think any of the bottom 5 are in danger just for the fact that they’ve only done one dance so far. This coming week they are going to be swapping so the styles so if they did Latin in week 1 they’ll be doing ballroom and vice versa. That’s when you can see how far everybody is going to go because they will all be better at one than the other.

Let’s talk about the stronger performances from the weekend. Which could do you think performed the best?

I think the best dance was Frankie Bridge and Kevin. It was just beautiful to watch. Very understated, beautiful, elegant and balletic. That was the best dance but best performance…I absolutely loved Caroline Flack and Pasha. They had the biggest ask of all by opening the entire series. She came out with a big double whammy.

Strictly will be a real opportunity for Caroline, and the other celebs, to really showcase their personalities. Would you say that’s the case for the celebs?

Strictly Come Dancing gives all of the celebrities an opportunity to show who they really are. We see people as actors, sportsmen, TV presenters etc and they’re not normally allowed to be their own character. This is their opportunity to shine and I hope they take it.

One dance we have to talk about is Mark Wright and Karen Hauer’s cha cha cha. Was that the campest dance of the opening shows?

I was absolutely blown away by Mark Wright. It was cheesy, it was camp and I loved it. Everyone I was watching it with loved it and I think the whole country just loved to see that smile. He just has the biggest smile. I think because of that I had a massive smile on my face watching it. It was great.

Len Goodman isn’t a fan of non-traditional dance moves in routines. Do you think that putting the caterpillar and the handstand in the dance hampered his points?

I wasn’t too keen on the handstand but I loved that little wiggly snake think at the end. It’s not part of a cha cha cha but who cares? The whole thing was just great.

When we spoke to you after the series launch you said you thought Judy Murray could be the dark horse of the competition. Now you’ve seen all of the celebrities dance has your opinion changed?

Yes! I still think Judy’s got a huge opportunity for improvement but Sunetra Sarker seems to have just popped up and I wasn’t expecting her to be as good as she was. Over the coming weeks I think she’s going to improve and keep everyone on their toes.

She had great staccato action and Brendan gave her great choreography. The judges said they didn’t like her frame and I thought she had a great frame, especially with her left arm. I think she’s definitely one to watch.

The most entertaining performance of the weekend was without a doubt Alison Hammond. What did you think of her performance?

I was really looking forward to seeing Alison perform and she didn’t disappoint. The connection between her and Aljaz is fantastic. She came out as a big dancing diva and blew everyone away. One of the most important things for me is to see a relationship between the couple and see the chemistry. Aljaz and Alison could also be ones to watch!

Jake Wood was one of the surprising performances of the weekend. What did you make of his Friday night leaderboard topping performance?

I think Jake surprised everybody. What was great for him is that because he’s an actor he can get into the character of the dance straight away. It was the first thing you saw and he kept up the characterisation throughout the whole number. Janette did a great routine with the choreography and I just hope he’s as good in the Latin as he is in the ballroom.

Based on the week 1 performances, which four couples do you think we might see in the final?

My four predictions for the final are Caroline & Pasha, Simon Webbe & Kristina, Frankie & Kevin and Mark & Karen. That’s all based on just the first dance but of course everything is going to change over the coming weeks.

Strictly Come Dancing continues on Saturday night at 6.20pm on BBC One.