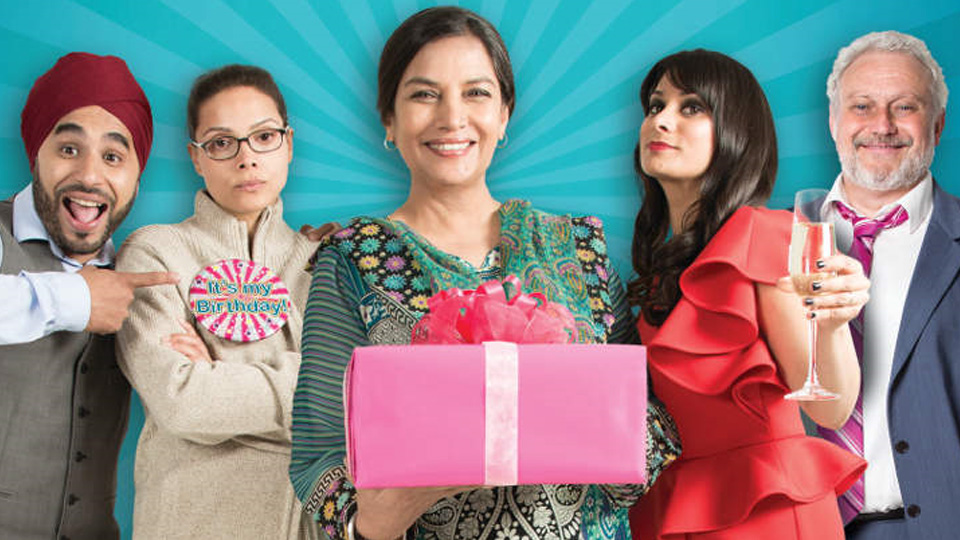 Written by actor and writer Harvey Virdi, known for her roles in BBC One comedy series Citizen Khan and Sky 1’s The Kumars, her play introduces audiences to British Punjabi family the Johals on the evening of daughter Sunita’s fortieth birthday. As the curries simmer and rotis are smothered in full-fat butter, years of family drama bubbling under the surface start to boil over.

Regarded as one of India’s finest actresses, Shabana Azmi heads the cast as Tejpal, the matriarch of the Johal house. Shabana’s illustrious career spans four decades, she is a multi-award winning actress including five National Film Awards for Best Actress and has starred in over a hundred films, including Mira Nair’s The Reluctant Fundamentalist and Deepa Mehta’s Midnight’s Children. Shabana is embarking on her first UK theatre tour for Rifco and Watford Palace Theatre.