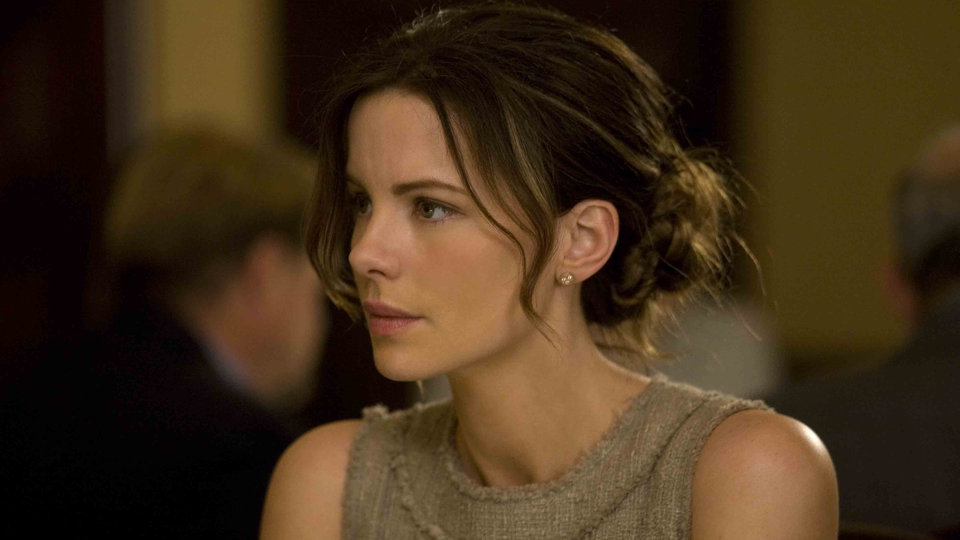 Cate McCall (Kate Beckinsale) was a hot-shot lawyer with the world at her feet, but as her career went from strength to strength, her personal life began to fall apart. She slipped into a spiral of alcoholism and depression that drove her family away. Now Cate must take on a case of a woman wrongfully convicted of murder to be reinstated to the bar and, hopefully, regain custody of her daughter. But this case will change everything for her as she is thrown into a world of lies, abuse and deception.

Courtroom dramas have been a main staple of movies for decades now. Some of the greatest ones are still as powerful and relevant today as they were when released. These types of thrillers are based around the cat & mouse game of who will finally come out on top. So it needs a tough and intriguing angle to be able to keep up a constant pace of tension and suspense.

Sadly The Trails Of Cate McCall has none of that. It doesn’t seem to understand the requirements to make a narrative stand up in a courtroom film, instead it reverts to a story that throws in small sidelines to try and twist the main motives into something completely different.  Most of the time we found ourselves becoming very bored with the film as it offers no sense of gripping emotion. It chugs along at a steady pace but never captures the imagination or made us sit on the edge of our seat waiting to see what came next.

The combining of two, supposed, emotional storylines for Cate – work and personal – does nothing but make us even more uninvolved in her life. She wanders through the film with little care or sentiment for what she is dealing with. It’s a role that requires a strong and powerful female yet we get neither here.

Speaking of Cate, it’s great to see Kate Beckinsale step out from behind the Underworld franchise and take on something more humanistic, but here she looks lost in a world that is alien to her. There appears to be no emotion behind anything she does, it’s all very straight laced and one dimensional. Considering the issues the character has we expected a real mess of a woman. But she seems to go about her business without too much care or hassle. Nick Nolte’s supporting role boils down to him growling supportive lines to Cate, whilst all the time looking like a beetroot.

The Trials Of Cate McCall lacks the punch that is needed in courtroom dramas. Having no connection with the main character caused us to dip in and out of a storyline that never connects to anything. Boredom soon sets into the film and it never recovers from it.

In this article:The Trials of Cate McCall