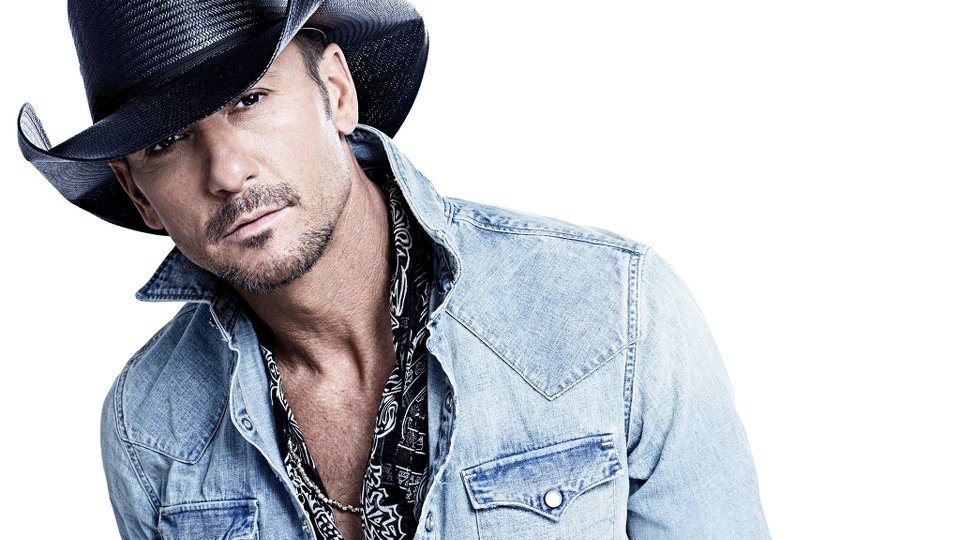 Tim McGraw is one of the most successful country stars in the world. The 47-year-old has sold over 40 million albums in the US and scored an impressive 34 number one singles. His last album, 2013’s Two Lanes of Freedom, hit number one on the US country chart and spawned the number one smash Highway Don’t Care with Taylor Swift and Keith Urban. 18 months on from the release of that album, McGraw is back with his thirteenth studio album Sundown Heaven Town.

Sundown Heaven Town find McGraw playing with his sound and delivering an album that is contemporary but with plenty of nods to his classic sound. Prior to the album’s release McGraw teased fans with the release of Lookin’ For That Girl, a song that mixes country with an almost R&B edge, and the gentle ode to simple living Meanwhile Back At Mamas which features harmonies from his wife Faith Hill.

Album opener Overrated starts with a simple banjo riff before blossoming into an uptempo radio-friendly number that gets things off on the right note. McGraw caters for all corners of his fanbase with this album. Keep On Truckin’ is an uptempo feel-good moment, City Lights has a strong Southern twang to it, and Last Turn Home is a powerful moment that is sure to be a live favourite.

One of the best tracks on the album is Diamond Rings and Old Barstools featuring Catherine Dunn. The simple yet effective ballad is McGraw at his finest and we love it when he tells a story in his songs. The harmony from Dunn is simply stunning and works really well in terms of bringing another level of emotion to the song.

The standard edition of the album comes to a close with power ballad Still On The Line. The track is perhaps the biggest ballad on the record and a fitting way to draw things to a close. It features one of McGraw’s best vocals on the record too with emotion dripping from every word.

The deluxe edition of the album features 5 bonus tracks including the surprisingly catchy Lincoln Continentals and Cadillacs with Kid Rock. Our favourite of the bonus tracks is the chant-a-long anthem The View which is a little more folksy than we’ve heard from McGraw before.

Sundown Heaven Town is a fine collection from McGraw. We thought he’d set the bar high with Two Lanes of Freedom but he betters that album with this one. Sundown Heaven Town is rich with variety and McGraw’s dulcet tones have never sounded better. In the US the album has the potential to spawn a lot of singles and we hope it does well enough in the UK to bring him over here for some live shows.