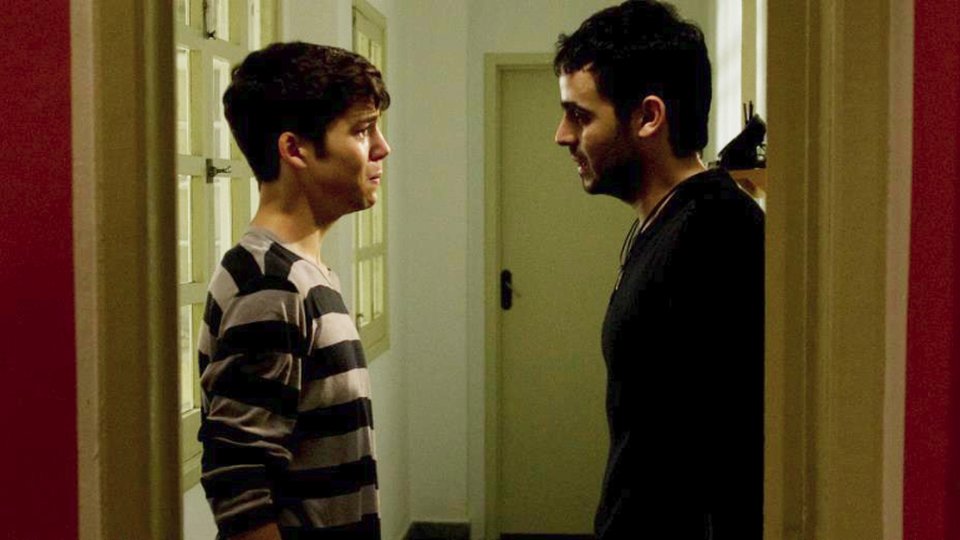 Photographer Diego (Guillermo Garcia) enjoys living a glamorous and successful life with seemingly no cares in the world. Happy in his relationship and surrounded by friends his life seems almost too perfect. Things take a turn for the worse when his partner is hospitalised after being attacked by homophobes. Whilst Diego tries to deal with that situation, his estranged son Armando (Ignacio Montes) arrives on his doorstep and the two must learn to live together as they begin to get to know one another.

My Straight Son is written and directed by Miguel Ferrari and takes a snapshot of modern life in Venezuela for an out gay man. At the heart of the film is a story about family and friendship, which actually eclipses the sexuality of the main character Diego. Rather than it being simply an exploration of Diego’s sexuality in Venezuela, the film’s main plot really explores the strained relationship between Diego and his son Armando. Diego is used to living as he wishes but that has to change when Armando arrives and proves to be both closed minded and very angry.

Over the course of the movie Diego and Armando have to learn how to understand and relate to one another, and that is no easy thing for either of them to do. Alongside the main storyline there are secondary plots tackling transgender issues and domestic violence. Diego’s world is a colourful one that encompasses people from all walks of life and each one of his friends has their own issues and demons to tackle.

Ferrari’s story and direction really is the strongest aspect of this movie. He has pulled together such a rich world that is full of variety. There are lots of colours to the story and each one is explored in enough depth to satisfy the viewer. He gets strong performances out of his cast, particularly Garcia and Montes. The two actors make a believable father and son and their story progresses and evolves in ways you probably won’t expect from the first time you see them together on screen.

My Straight Son is a poignant and at times moving watch. It bravely tackles subjects that are still taboo in Venezuela, and indeed many parts of the world, but it does so without feeling preachy. Ferrari gives us a good look into the lives of a group of people from all walks of life battling their own issues. My Straight Son is a little gem of a movie that deserves to be seen by a much wider audience than it has been so far.

Watch the trailer for My Straight Son below: