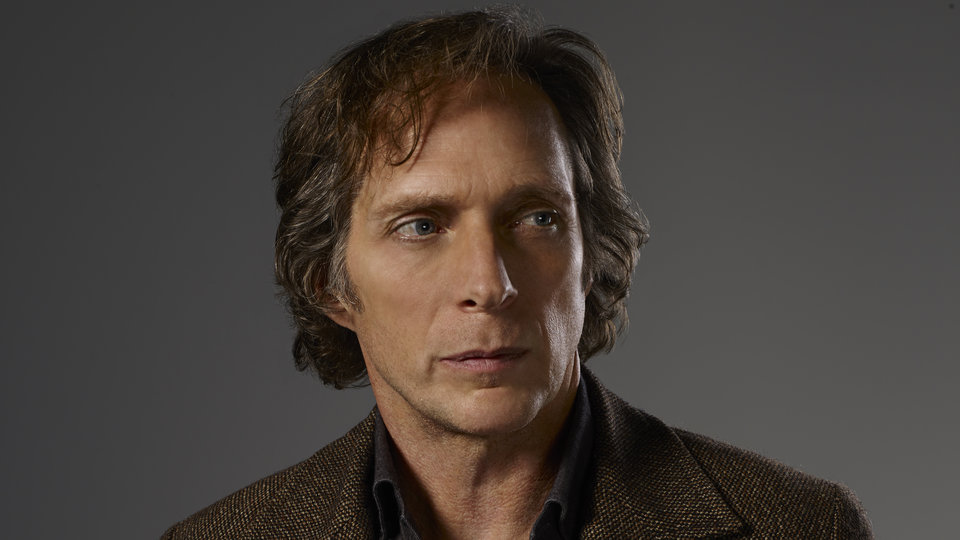 William Fichtner is one of Hollywood’s true unsung heroes. Appearing in classic movies and television for over 25 years, Fichtner has appeared in the likes of Heat, Go, The Dark Knight, Armageddon, Blades of Glory and Prison Break to name but a few. We’ll next see him on the big screen as Shredder in the rebooted Teenage Mutant Ninja Turtles.

EF’s Jason caught up with William to talk about Crossing Lines and his illustrious career to date.

Tell us about your latest project, Crossing Lines?

I’m very excited about what the second season of Crossing Lines has in store. It’s a crime show about a group of experts in different fields who come together to handle cross-border crime in the EU. Season 2 really explores the depths of existing characters, as well as introducing new characters too. For example, for my character Carl Hickman, we find out who his former partner was when he was an NYPD detective. Played by incredible actress Carrie-Anne Moss, Amanda Andrews is Carl’s former partner and through her we discover someone very personal to Carl on many levels. Working with Carrie-Ann was one of my season highlights. We also had Ray Stevenson join us, playing a great character arc as an English detective.

What was it about the character of Carl Hickman that made you want to be involved in the show?

Well I always liked Hickman from the very first time that I read the script and that doesn’t happen every time. Director Ed Bernero, who created the show is a former Chicago police officer himself and he really had a handle on who Karl was and what his problems were. For me as an actor I loved all the elements that make Carl a fractured man, someone who was very successful, a star detective within the NYPD, and because of an on-the-job injury, lost his career and probably a large sense of who he was, and is.

From the very beginning I thought there were so many facets to his character that really help define who he is, each time you read the script there was something new to discover about him and that’s what I look for in a great character.

Crossing Lines boasts an impressive ensemble, including Donald Sutherland, how was it working alongside him?

Finishing season two, I can honestly say there are two highlights of the show so far – one is living in the beautiful city of Prague in the Czech Republic and the second true highlight is working with Donald. He is an icon in every sense of the word, a consummate actor that cares about every moment in a scene and wants to make sure we fully realize it. That’s the only way to work as far as I’m concerned.

You’ve touched on the fact that you do both film and TV- do you have any preference at all?

To be honest I would probably say film, but I love both mediums. With film, for the most part, there is a little more attention to detail and a little more time. With TV, time pressure is high, you have maybe eight or nine days to shoot an hour episode, 55 pages of script and even your most guerilla film team doesn’t shoot that quick. That said, to do a series has its own pluses, especially working with actors who really care about who their characters are. You really get to know who your character is over multiple episodes and seasons, so when you return to it you can find your rhythms quickly. I love both for different reasons.

You’ve had a wonderfully diverse career. Your range from comedy to hard-drama is excellent, so what do you look for in a role, and do you have a genre that appeals to you most?

Not really, roles appeal based on their own individual merit. I love working on productions that are funny in nature, but I love a good kitchen sink drama too and of course working on big budget studio films when you’re out riding a horse and jumping out of trains has its own appeal. The wonderful part of what I do is things shift and change and no one role is the same.

So tell us about your role in Teenage Mutant Ninja Turtles, and how you were introduced to the part.

I was getting on a plane in Santa Fe, New Mexico and my manager called and said when you get home there is a script for you to read, I hope you like it, because if you do you’re going to be leaving in two days to go and work on it. I got home, and I looked at the cover and it was Teenage Mutant Ninja Turtles, which I remember from my nieces and nephews – it seems like any kid that grew up in the eighties certainly knew about them. So it was very quick decision, and one that I’m really glad I made. I had an awesome time working on the movie.

Were you familiar with the popularity of the comics and cartoons ahead of going into the project?

It’s hard to imagine someone in the world that wasn’t – if you lived in the eighties, no matter what age you were, you knew about the Teenage Mutant Ninja Turtles! What I think is exciting about this particular film, which is directed by Jonathan Liebesman and produced by Michael Bay, is that while we’ve all seen the Turtles in cartoon form, this is live action.

Right from the beginning we had a sense of what the turtles would look like in the film and eventually what the special effects would create, for anyone that loved the Turtles in the 80’s, it’s thrilling seeing them come to life in this film.

Many believe that we are in a golden age of TV drama, and that it’s overtaking film. What do you think?

Well I certainly think this is an amazing age for television. All of a sudden there is so much original programming taking so many different creative directions. People are out there working to find what is appealing to people. There is so much more crossover work between TV and Film acting than there was 20 years ago. At the end of the day actors want to work on the most exciting projects and increasingly television has that work.

When you work on an exciting show like Crossing Lines, you want it to air on the best possible place and give viewers the chance to watch it when they want to. That’s why what Amazon Prime Instant Video offers is the future. When I was younger you had to wait, now viewers can have as much or as little as they want and in many ways that’s better for the show as they watch whenever they want.

That said I’m not one that believes that the film industry is dying – I don’t, I still think the experience of going to sit in a movie theatre with a big bucket of popcorn and a 100ft screen is an amazing feeling and something you experience.

Is there any character from your former work that you’d like to revisit, or explore further?

Not really. Though I might have the opportunity with Teenage Mutant Ninja Turtles, it’s just been announced that there will be a sequel, even though the movie only just came out. If I’m part of that next year that will be a good opportunity to revisit a character.

How did you first get involved with Prison Break, and do you have any fond memories of playing Alex Mahone?

I have a lot of fun memoires of playing Alex Mahone! I had just moved from New York to LA, literally just moved, when I was offered the role in this show called Prison Break that had already aired one season. I’d only just moved so I wasn’t sure if I could take the role, but then I read the first two episodes of the second series and realized it was too good an opportunity to miss. Prison Break was shot in Dallas Texas and the final season was in Los Angeles and I just loved shooting in different locations and meeting new people.

Your scenes in the Dark Knight have become iconic, during filming did you realize how big those opening scenes would be? How was it working with Heath?

I didn’t realize the impact it would have. Chris Nolan is such an amazing director and I read the opening scene and thought it sounded strong, but it ended up being so much bigger than I thought, and that’s not down to me… it’s down to great direction.

I remember first shooting with Heath and we were working on that scene, and I remember thinking he’s got a really interesting twist on this Joker character. Heath was a great actor and The Dark Knight is certainly a testament to his talent, I’m glad that the film was such a great success and that scene was an excellent way to kick off a great film.

Heat seems to have had a large influencing role in that scene. Having starred in Michael Man’s epic too, did you see any similarities in Nolan’s approach?

Every once in a while a film comes along that redefines a genre… take The Deer Hunter, when it came along it redefined onscreen what it was like to be in a war. That’s what Michael did with Heat, he re-defined the onscreen shoot-out. What Chris did so fantastically with that opening scene of the Dark Knight was make the audience feel like they were there, like they had a seat on set.

Burke from Go is one of our all-time top cameos in films, what was it like working for Doug Liman, and what was your remit for that character?

I loved working with Doug, there’s a scene in Go in the men’s room with Scott Wolf and the team were putting a wire on him, it was a real men’s room and there was no room, but Doug just walked right in and grabbed that camera, and shot it. He’s a really hands on director, always at the heart of what’s happening and I loved being around him and Go is such a gem of a film.

In some ways it is easier, you know the expression “15 minutes of fame”, these days there are so many avenues to get your 15 minutes and get noticed. When I started off in the industry it was the pre- age of information, people didn’t video themselves to get noticed. When I moved from Buffalo New York to NYC to study acting, it was like telling my parents I was going to build a space craft in my garage and fly to the moon next Tuesday, there just weren’t that many people that did that. Is it easier now? I don’t think it’s ever easy, but the bottom line for those that want to be in the business is, everybody gets a shot, it’s just what you do with it when you get it.

Well I didn’t really have acting influencers growing-up because I never thought of being an actor until I was in my late teens, early twenties. Of course I was inspired by people in my early twenties like Al Pacino, Dustin Hoffman and Robert De Niro. I was a young actor living in New York and these guys were making movies that are still classics to this day.