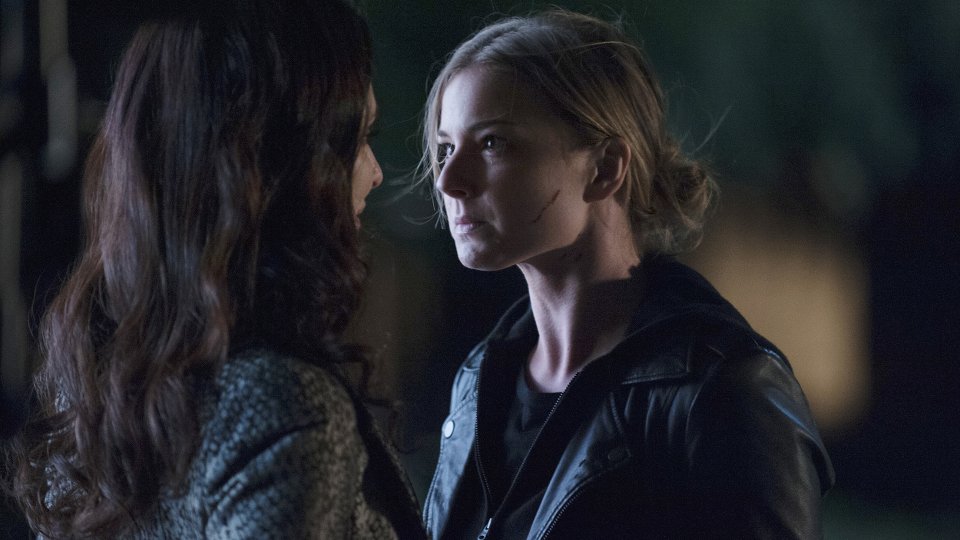 Revenge season 3 ended with quite the twist which should prove a game changer when the show returns for a fourth season.

If you haven’t seen all of season 3 and/or don’t want spoilers about season 4 of Revenge then stop reading now. If you do want to find out all the latest news then keep reading.

Emily (Emily VanCamp) finally exacted some serious revenge on Victoria Grayson (Madeleine Stowe) by committing her to a mental institution against her will after tricking her. It took Victoria to murder Aiden (Barry Sloane) to really bring back Emily’s drive and get her back on track.

That wasn’t the only surprise that the finale served up. Emily’s late father David (James Tupper) was revealed to be alive and he reappeared just in time to (maybe) murder Conrad (Henry Czerny). Also Jack (Nick Wechsler) was arrested for kidnapping Charlotte (Christa B. Allen) – we wonder how he’s going to get out of that one?

Let’s not forget that Daniel (Josh Bowman) woke up in bed next to a dead girl too as Margaux’s (Karine Vanasse) brother Gideon (Daniel Zovatto) put his revenge plan into action after being ousted from his late father’s company.

Ahead of the season 4 premiere, we’ve rounded-up all of the latest news on the new season so you’re prepared when it returns.

When Revenge returns there will be, potentially, a couple of characters missing:

A handful of characters from season 3 will be returning for season 4:

As to be expected a few new characters will appear over the course of the new season:

Details about the fourth season are being kept tight under wraps but we’ve managed to find out a few nuggets: